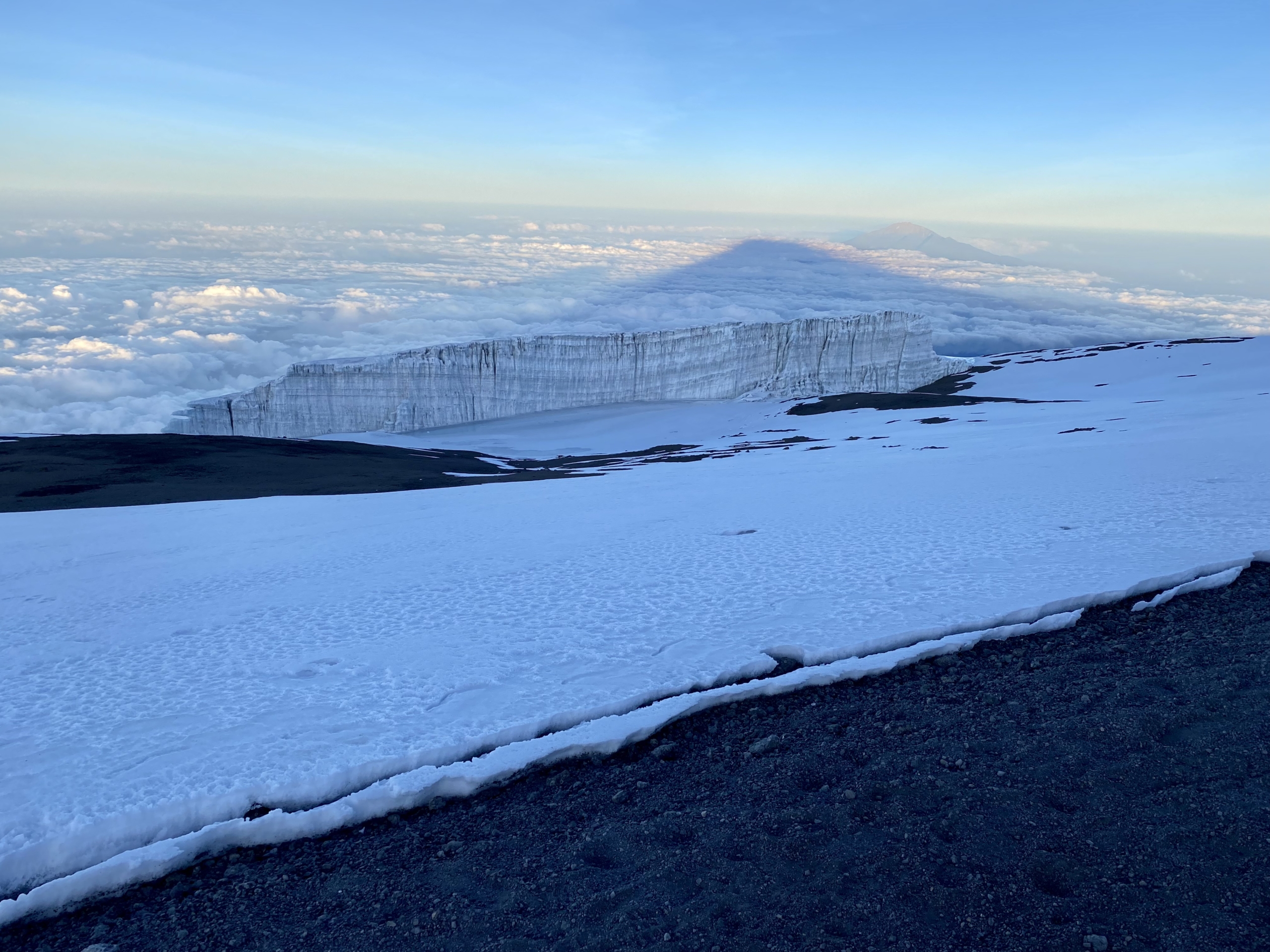 To Kilimanjaro and beyond!

Reaching the ‘Roof of Africa’ was an unforgettable and challenging experience for Peter van der Merwe, ER24’s Site Based Medical Services Manager. Last year, to mark his 50th birthday, his wife treated him to the gift of climbing Africa’s highest mountain, ice-capped Mount Kilimanjaro in Tanzania. After a year of preparation, in June this year he successfully reached the 5,895m summit of what is the world’s tallest ‘free standing’ mountain and the fourth highest peak on Earth. 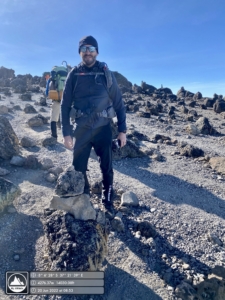 Before joining ER24 in 2013, Peter worked overseas, including an almost 10-year stint in the Middle East. “While in the Middle East, I had considered visiting Everest Base Camp and had bought all the necessary kit but things got so busy and I was still studying at the time, trying to finish my bachelor’s degree, that I never got around to doing it. But climbing a mountain was still something I had still wanted to do so when I turned 50, my wife surprised me with a card that said: ‘Well done, you’re going to climb Kilimanjaro.’”

He completed the Machame-route climb with Adventure Dynamics International, which is owned by very experienced mountaineer Sean Disney, the first South African to climb, twice, all of the world’s Seven Summits, which include Mount Everest and Kilimanjaro.  Peter and his friend were expertly looked after by the tour company, and had the assistance of two mountain guides and nine porters, who carried everything necessary for the expedition – including tents, toilets, food – save what the hikers carried in their day-packs.

Peter’s background as a paramedic, whose work takes him all over the region to corporate clients with various projects, including mines and hotels, also stood him in good stead for making the successful summit.

“The week before my friend Dale and I left for Tanzania, I had spent four days for work at one of our projects, a mine in Lesotho at a height of 3 200m, so I think that definitely helped with the acclimatisation,” he says. Living in Johannesburg, at 1 750m, was also a plus-point for enabling his body adjust to the altitude of the Tanzanian dormant volcano.

Peter trained for a full year to ensure he was fit enough to make the ascent: hiking every weekend –up to 20km a day – and doing a lot of running, as well as general strength and endurance training at the gym.

“If you go up, you want to ensure you have the necessary level of fitness, which helps with acclimatisation and stamina. But at the end of the day it also comes down to the altitude, and fortunately I didn’t have a problem with that at all. I also took Diamox daily to prevent the effects of altitude sickness and tested my oxygen saturation level at the end of every day and while it did drop a little bit, by the next morning it had gone up again, because I was fit. 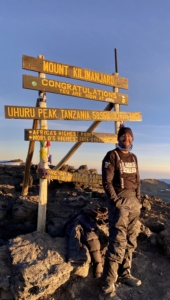 “People who tell you climbing Kili is ‘a walk in the park’ are nuts! Yes, it is hike-able and not a difficult, technical climb, and the distances you do are not that great, maybe 5km a day only over the seven-day route we took, but it is definitely not easy at that altitude. Because you have to go extremely slowly [so as not to be badly affected by the altitude] I found everything started to ache, because you’re not really keeping yourself mobile. But, apart from the slog, every day is enjoyable and the views are spectacular.”

Fortunately the team had perfect weather all the way to the summit and only a bit of rain on the very last day of the descent, in the rain forest. It was, however, extremely cold.

“Reaching the top itself was quite emotional and I am very glad I did it. It was also bitterly cold, between -15 and -20 degs C. Our eyes were freezing and we tried to blink as much as we could. Even my friend Dale’s cell phone froze and he could do nothing with it. I kept mine close to my chest to keep it warm. We had four layers on our chests and legs, four layers of gloves, three layers of socks, although the little ‘hottie bags’ we used to keep our hands and toes warm really helped for about four hours at a time. Keeping our water from freezing was also a huge challenge.”

So, what’s next for the adventurous ER24 employee?

“Next time, I’m keen to do something that’s a little closer to Earth than going up a mountain!” says Peter. “I’m very keen to explore the North Pole and the Arctic, which is more accessible and less expensive than the Antarctic. Maybe do a dog-sled trip across the ice high up in the Arctic Circle. I do enjoy extreme activities and have done things like diving with the great white sharks off Gansbaai and I love motor racing and any opportunity I can to get on the track I will!” 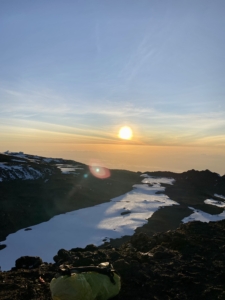 A sense of accomplishment

His hobbies definitely complement the kind of work he does.

“I am in a very fortunate position in that I am very mobile with the work that I do and we visit lots of projects around the country. This works well as I get to see a different side of things and when I take leave I get to see a bit more. Because of what I do, I can also take my laptop and work anywhere, so I am very fortunate in this way. ”

Peter says Kilimanjaro can be a very humbling experience.

“Having climbed Kilimanjaro is a great achievement. It is hard to do and there is that sense of accomplishment. Hikers, especially the go-getting younger generation, can go up with quite a lot of bravado, but the mountain reduces us all to human again.”

He says he would definitely encourage others to do it as a worthwhile experience: “For anyone who is in the right frame of mind and who is fit enough, it is very doable and enjoyable.”

Peter thanks his family and colleagues for all their support, which was invaluable in contributing to his successful climb to Africa’s highest point. 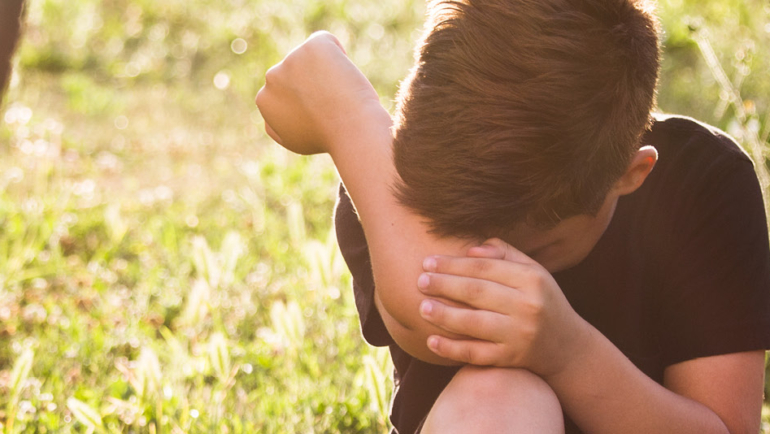 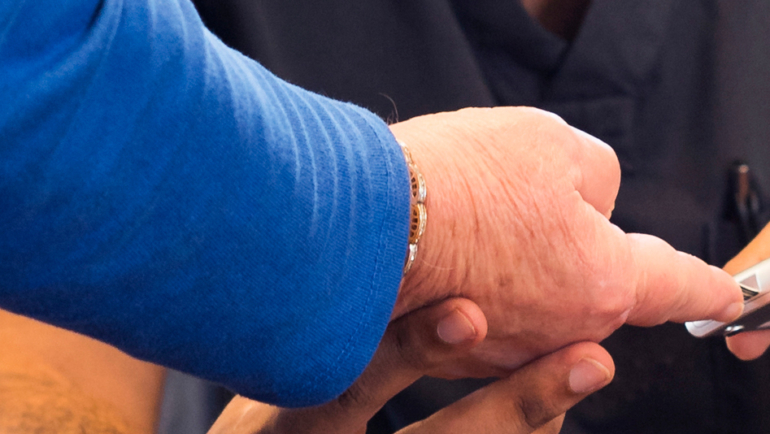 Managing Diabetes during the COVID-19 pandemic