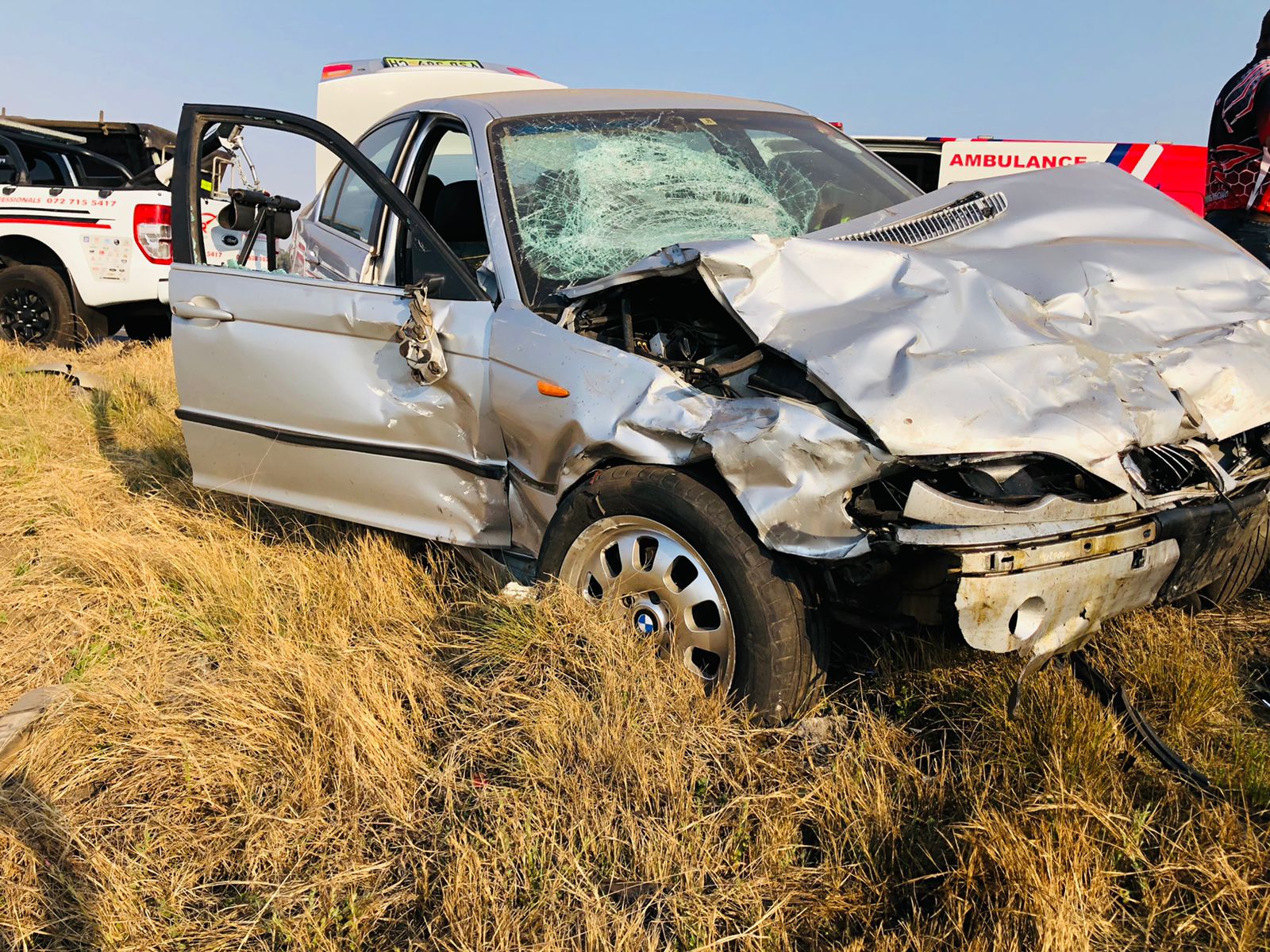 This morning, a man was killed and another injured when two light motor vehicles collided at the 50/50 Crossing between Kinross and Kriel, Mpumalanga.

ER24 and other services arrived on the scene at 07h00 to find one car on the road while another was on its roof some distance off the road.

On closer inspection, medics found a man lying inside the overturned vehicle while another man was walking around on the scene.

Medics assessed the men and found that the man in the overturned vehicle had already succumbed to numerous injuries while the other man had only minor injuries.

Unfortunately, nothing could be done for the man in the overturned vehicle, and he was declared dead.

The man with minor injuries was treated and later transported to a nearby hospital for further care.