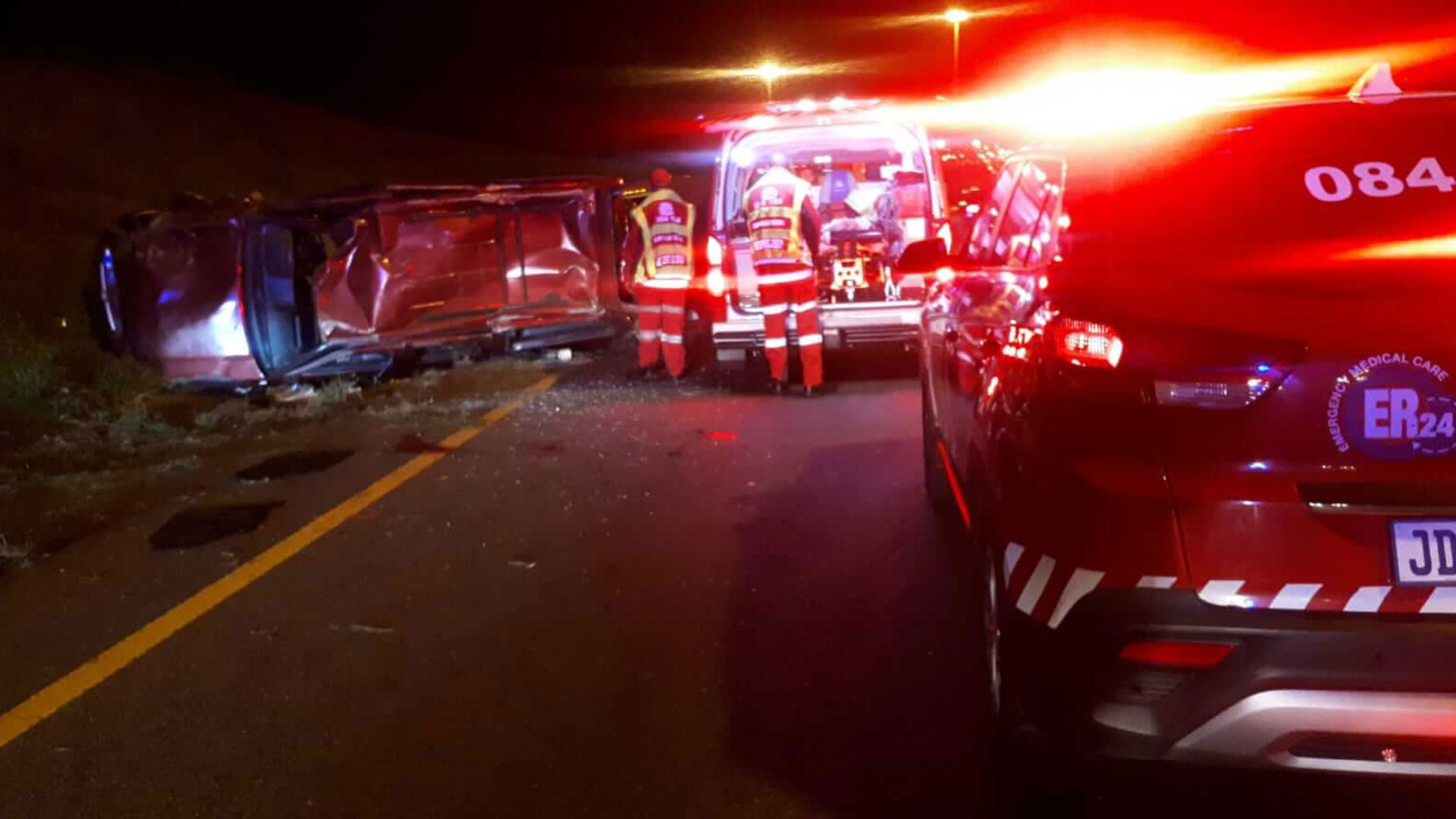 A 36-year-old man was left seriously injured this morning when his bakkie rolled off the N12 in Aeroton, Johannesburg.

ER24 paramedics, along with the local fire services, arrived on the scene at approximately 05h30 to find a bakkie lying on its side next to the highway. The male driver was found lying a short distance away, presumed to have been ejected from the vehicle when it rolled.

Medics assessed the man and found that he had sustained numerous injuries and was in a serious condition.

The man was treated for his injuries and provided with pain-relief medication before he was transported to Chris Hani Baragwanath Hospital for further care.