One woman sustained serious injuries while another sustained moderate injuries after losing control of the vehicle they were travelling in and crashing into a lamp pole on Pretoria Road in Petit, Benoni this afternoon.

When ER24 paramedics arrived at the scene shortly before 13h00, they found the two women still inside the vehicle. Upon further assessment, paramedics found that the woman in the driver’s seat sustained moderate injuries while the woman in the passenger side sustained serious injuries. Both were treated at the scene before the seriously injured woman was airlifted by medical helicopter to hospital for further medical care. ER24 transported the other patient to hospital for further medical care. 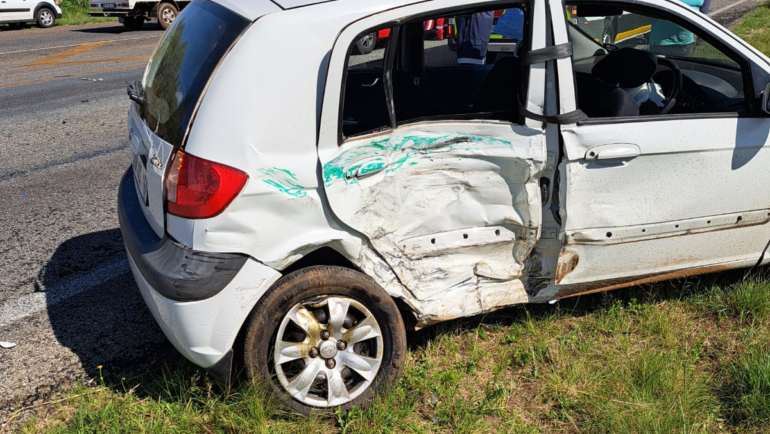