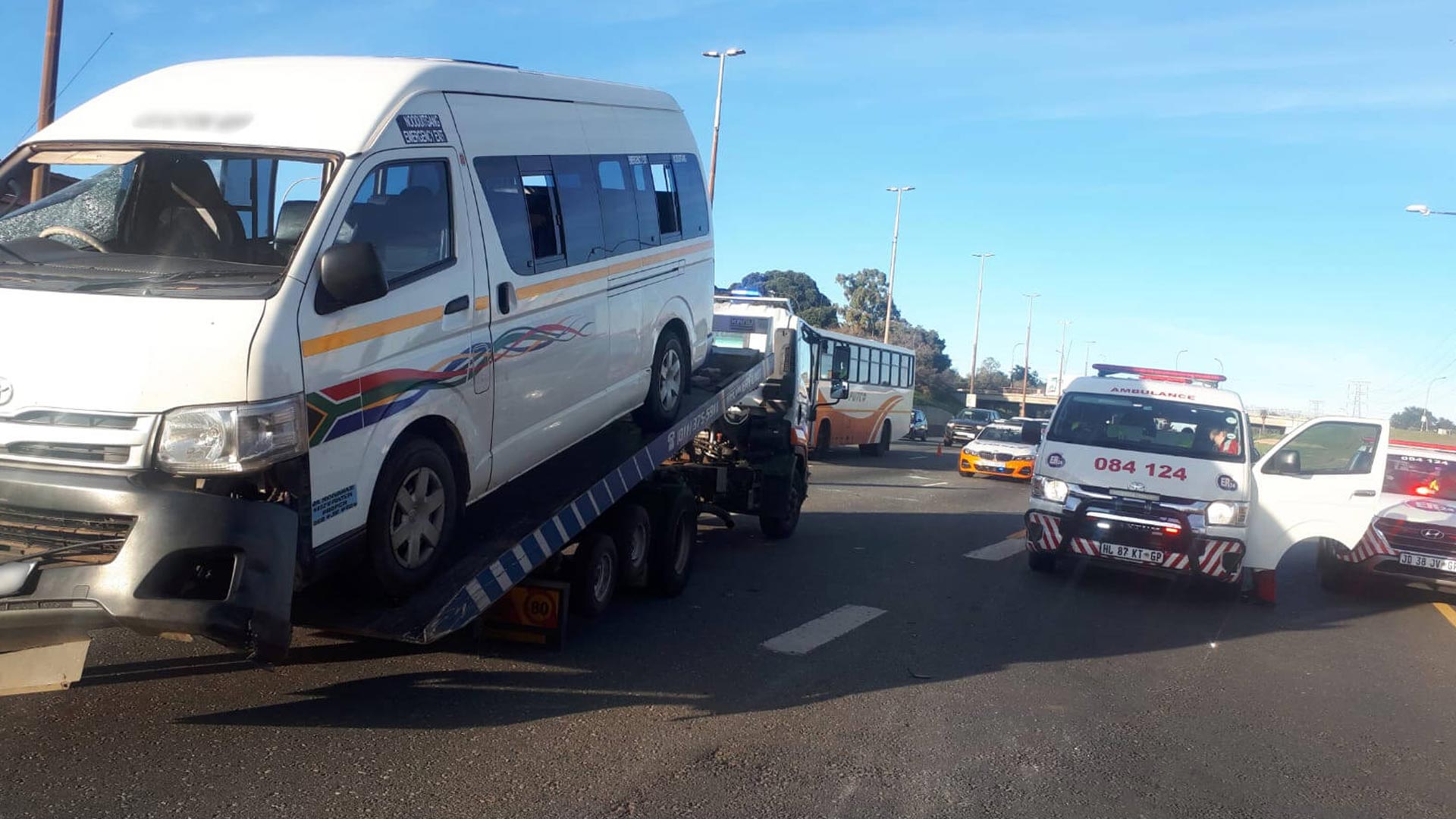 Thirteen people were left injured this morning when a taxi overturned on the M1 highway in Booysens, Johannesburg.

ER24 paramedics, along with several other services, arrived on the scene at 07h00 to find the taxi upright in the middle of the road. Several people were found seated on the side of the road.

It is believed that the taxi had been pushed upright by several motorists and members of the public.

Medics assessed the patients and found that thirteen people had sustained minor to moderate injuries. Fortunately, no serious injuries or fatalities were found.

The patients were treated and thereafter transported to nearby hospitals for further care.

The exact details surrounding this incident are not yet known but local authorities were on the scene for further investigations.

[DIEPSLOOT] – Taxi crashes into a car, killing one, injuring two.