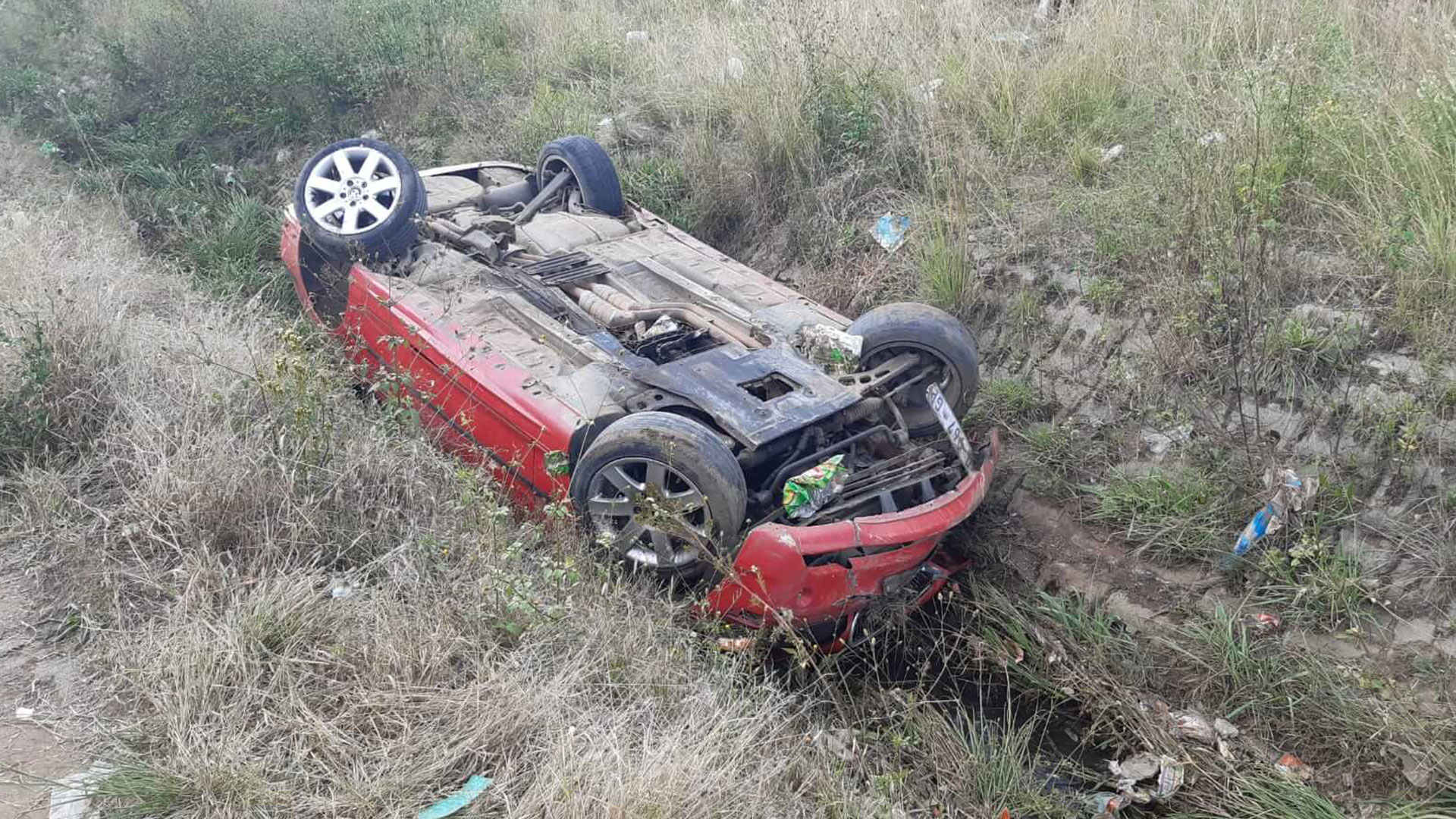 Two women, believed to be in their 30s, were left injured this afternoon when they were struck by a light motor vehicle on Nelson Mandela Road in Bophelong.

ER24 paramedics, along with the Provincial EMS, arrived on the scene to find a light motor vehicle on its roof on the side of the road. The male driver was found walking around on the scene while two female pedestrians were found lying a short distance away.

Medics assessed the patients and found that the man had escaped injury while the two women had sustained moderate to serious injuries.

The women were treated for their injuries and were provided with pain-relief medication before they were transported to a nearby hospital for further care.