[CAMPS DRIFT] Taxi swept off bridge into the Duzi river

Four people are lucky to be alive after the taxi they were travelling in was swept off Barnsley Road into the swollen Duzi river in the Camps Drift area of Pietermaritzburg this afternoon. Flash flooding from the heavy rain in the area meant the normally calm stream had burst over the top of the bridge, taking the taxi with it. Luckily a series of concrete bollards caught the vehicle before it dropped further over into the deeper water.

Two men had managed to climb to safety at that point, but two others, a man and a woman, were taken by the river. By the time ER24 were on the scene just before 6 pm, Search & Rescue had managed to pull the two others from the reeds further down the river.

All four were treated on scene for minor cuts and abrasions – the lady who had been in the water the longest was found to be suffering from mild hyperthermia. ER24 transported two and another service on the scene transported the other two through to Edendale Hospital for further care.

The South African Police Service and the Fire Department were also on the scene. 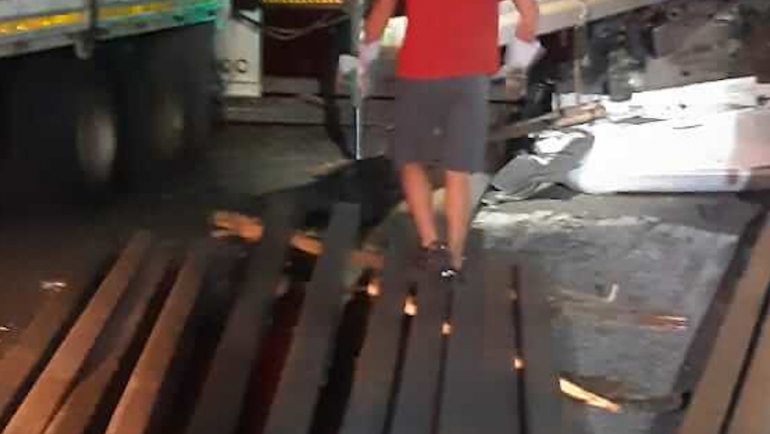