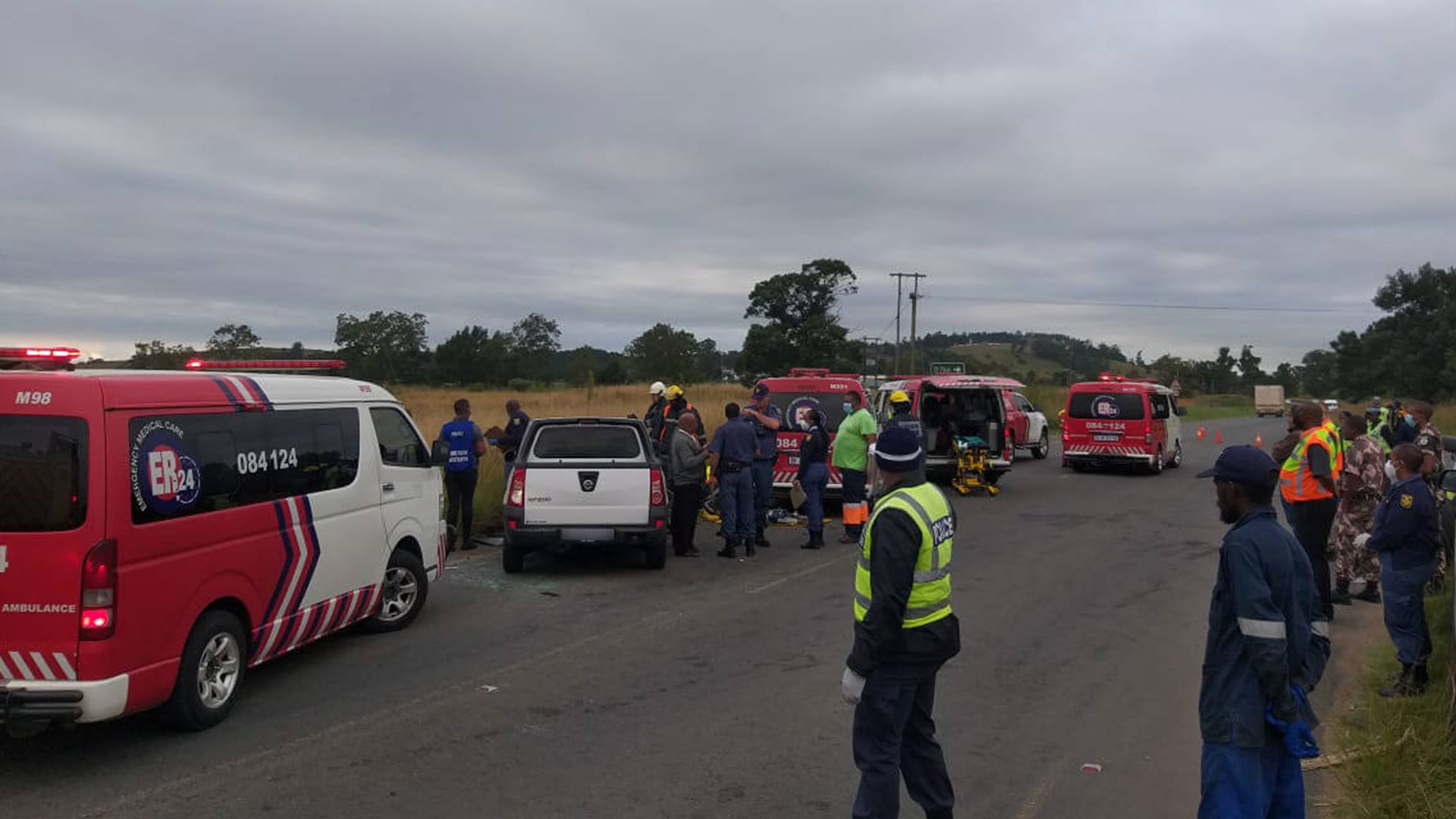 One man was killed and three others left injured this morning when two vehicles collided head-on on the Old Georgedale Road in Cato Ridge in KwaZulu Natal.

ER24 paramedics, along with other services, arrived on the scene at 06h55 to find the two vehicles in the road. Three people were found outside the vehicle while one man was found lying trapped inside the other vehicle.

Medics assessed the patients and found that the entrapped man had sustained numerous injuries and showed no signs. Unfortunately, nothing could be done for him and he was declared dead.

Three other patients, two men and a woman, were assessed and found to have sustained serious to moderate injuries.

The patients were treated and provided with pain-relief medication before they were transported to nearby hospitals for further care.