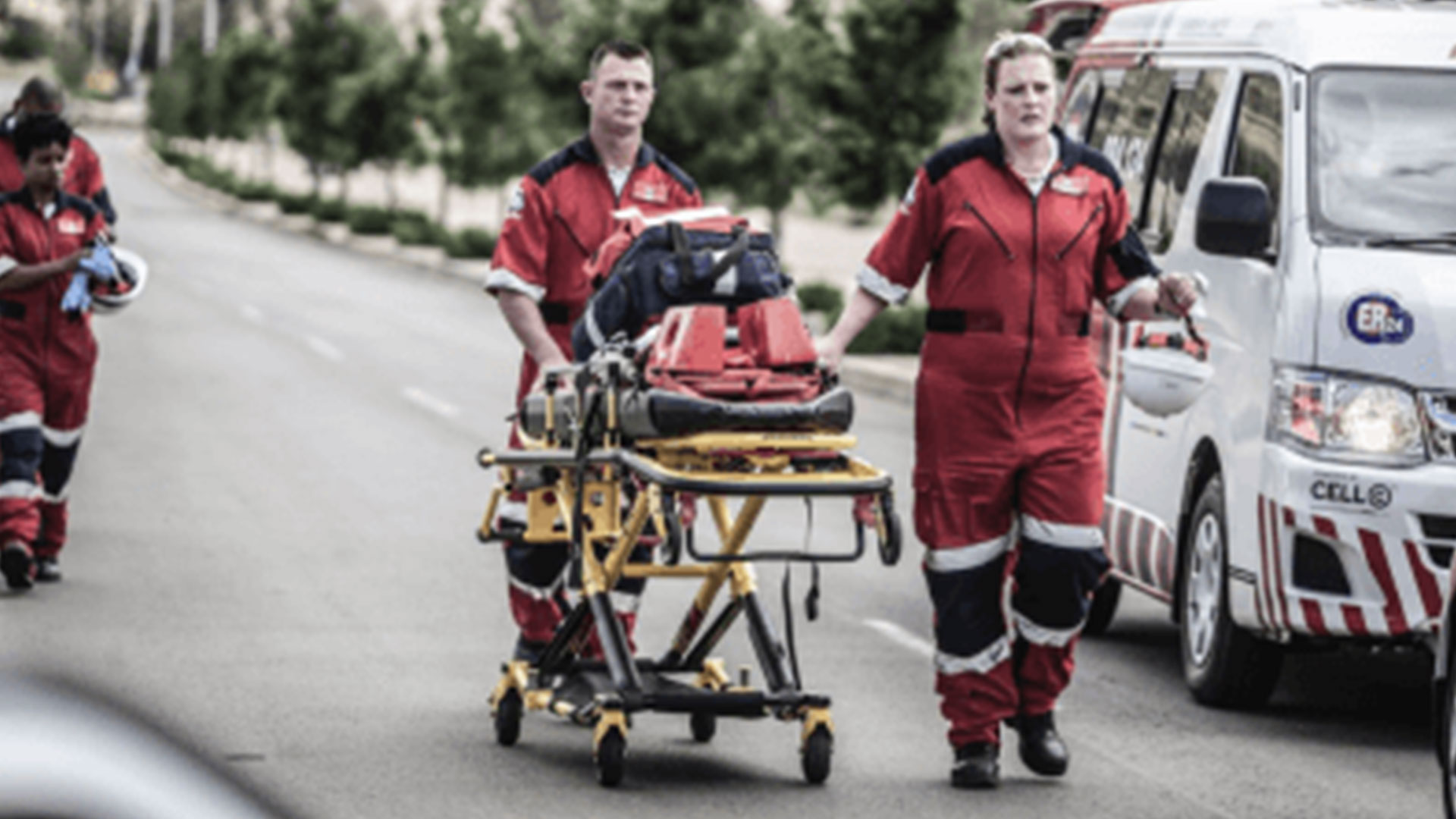 A 24-year-old man is in a serious condition after allegedly falling from a wall between two neighbours and severing the brachial artery in his left arm on a nail in the Rooihuiskraal suburb of Centurion earlier this evening.

ER24 paramedics arrived on the scene at 17:03 along with another private service to find the man in a pool of blood and actively bleeding from the wound in his arm. A tourniquet was used to control the bleeding. The patient was then transported to Kalafong Hospital for further care.