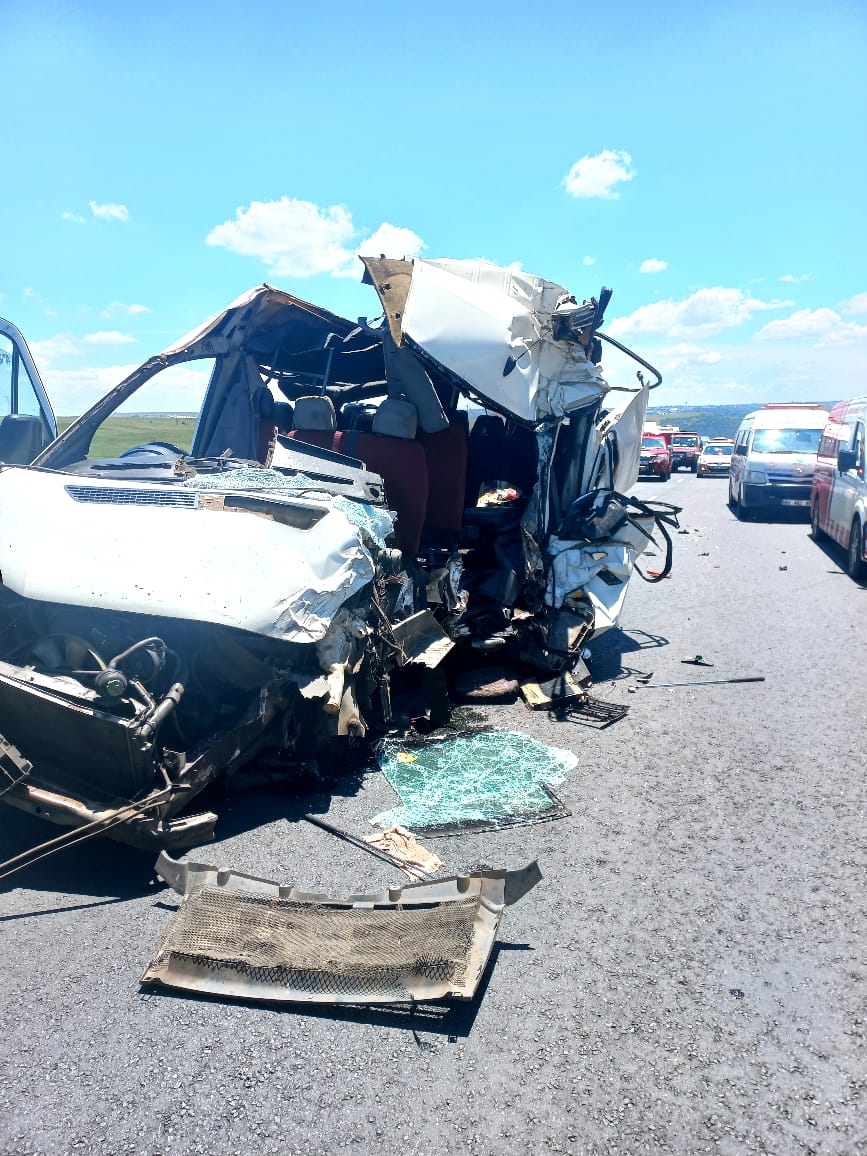 This afternoon, twenty-two people were injured when the minibus they travelled in rear-ended a truck on the N4, approximately 5km from the Middelburg Toll Plaza.
ER24 and several other services arrived on the scene to find the minibus in the middle of the road while the truck stopped off the road. The passengers had already climbed out of the vehicle and were seated on the side of the road.
Medics assessed the patients and found that twenty-two adults had sustained minor to moderate injuries. Fortunately, no serious injuries or fatalities were found.
The patients were treated and later transported to nearby hospitals for further care.
Local authorities were on the scene for further investigations.