Four people were left injured this afternoon when a light motor vehicle crashed into the side of another at the R26 and R70 intersection, approximately 5km outside of Ficksburg in the Free State.

ER24 paramedics, along with the Ficksburg EMS, arrived on the scene to find the one vehicle in the road while the second vehicle had come to a stop on the side of the road.

On closer inspection, medics found one man lying trapped inside the vehicle while three others were found seated inside.

Medics assessed the patients and found that a woman had sustained numerous injuries and was in a critical condition while the three others had sustained moderate injuries.

Rescue Services had to use specialised equipment to free the man from the vehicle.

Once freed, paramedics treated the patients and thereafter transported them to a hospital in Ficksburg for urgent care. 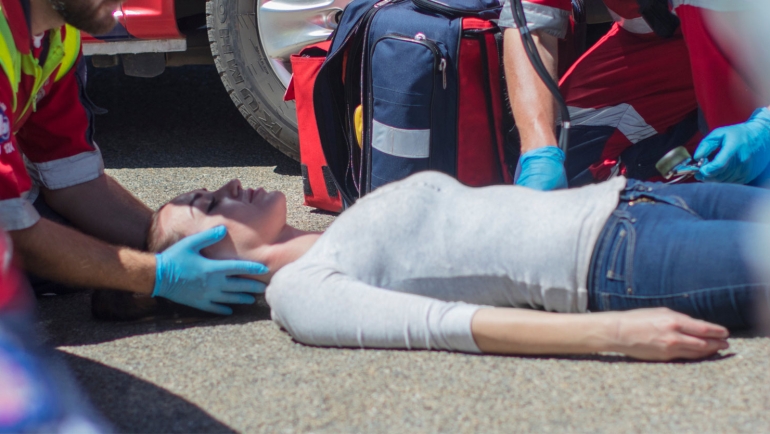 [SHARPVILLE] – Woman struck and killed by a vehicle.