A 32-year-old man was injured after rolling approximately 50m down the side of a mountain in a bell loader in Georges Valley in Tzaneen yesterday afternoon.

When ER24 paramedics arrived on the scene shortly after 16h00, they found the patient lying on the ground a short distance from where they found the bell loader. The man was found to have sustained serious injuries and was treated at the scene. From there, the man had to be extricated to an awaiting ambulance at the foot of the mountain. This proved to be quite a challenge, but with the help of SARZA Limpopo, the man was safely transported to the awaiting ambulance and taken to hospital for further medical care.

The exact circumstances surrounding the incident are not known to our paramedics. 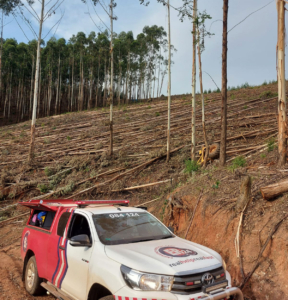