Three people have been critically injured and two seriously injured in a head-on collision between two light motor vehicles on Elsburg Road in Germiston earlier this morning.

ER24 paramedics were on the scene at 07:12 with four emergency vehicles. The five people needed to be assisted from the two vehicles which were still in the road. Two females believed to be in their mid-30s and one male in his mid-50s were found in the white vehicle, having suffered critical injuries. Two males in their mid-30s were found in the grey vehicle having suffered serious injures. All five patients were treated with Advanced Life Support interventions before being transported to Tambo Memorial Hospital for further care.

The Fire Department as well as the EMPD were on the scene for further investigations. 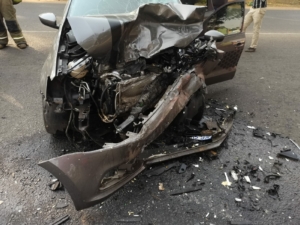 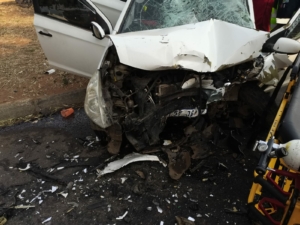 [KRAAIFONTEIN] One killed, multiple others injured in collision