A man was killed and six others were left injured following a three-vehicle collision on Commissioner street in Germiston this morning.

When ER24 paramedics arrived at the scene shortly before 08h00, they found the driver of one of the vehicle’s entrapped and showing no signs of life. He was declared dead at the scene by paramedics. Six patients were found to have sustained minor to moderate injuries. They were treated at the scene before being transported by ER24 and GPG to various hospitals for further medical care. 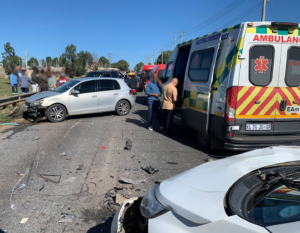