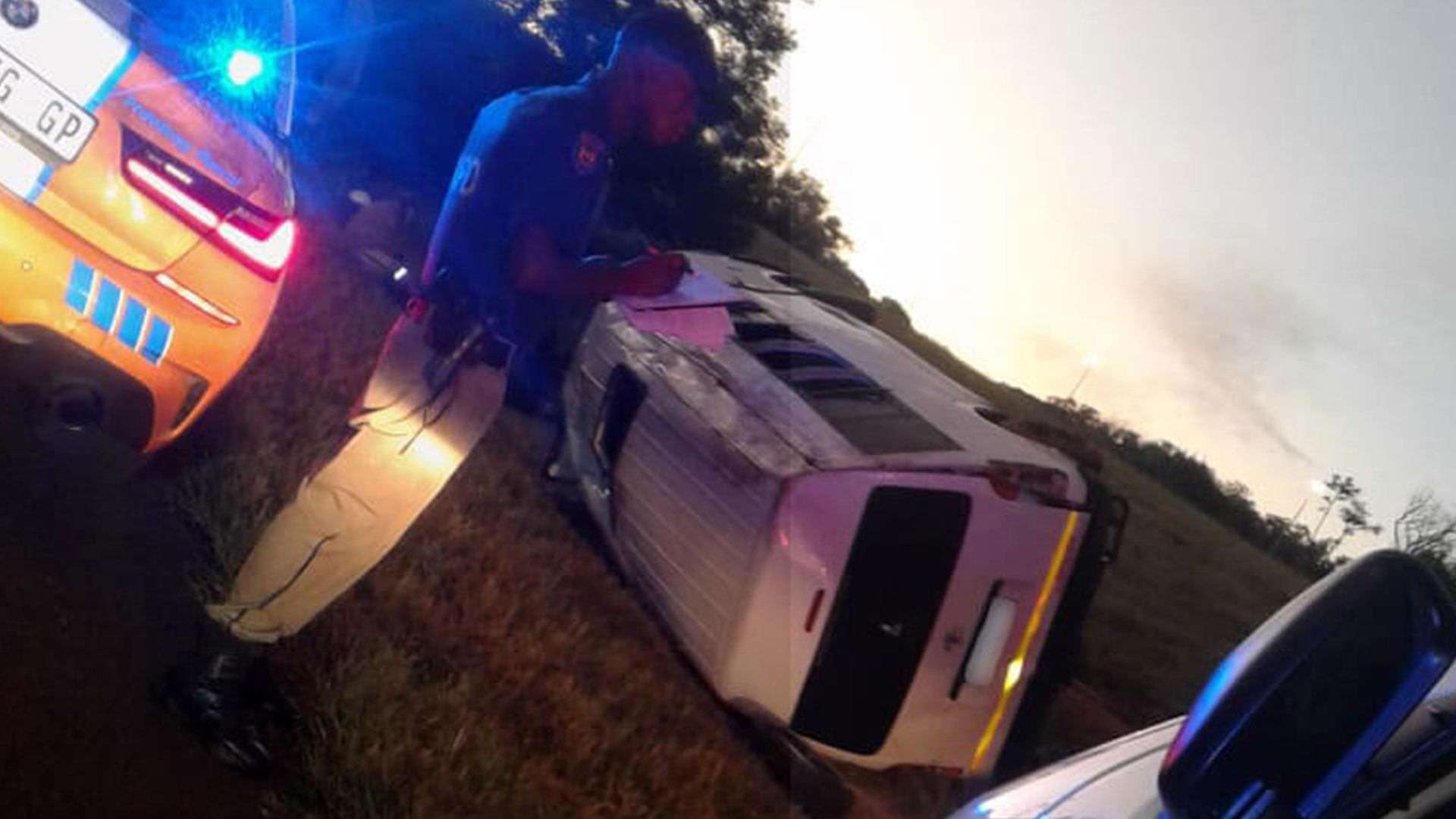 Fifteen people were left injured this morning when the taxi they were traveling in rolled off the N12 Diepkloof Interchange in Johannesburg.

ER24 paramedics, along with several other services, arrived on the scene at 05h40 to find the taxi on its side on the side of the road. Several passengers had already climbed out of the vehicle.

Medics assessed the patients and found that all fifteen people had sustained minor to moderate injuries. Fortunately, no serious injuries or fatalities were found on the scene.

The patients were treated for their injuries and were thereafter transported to nearby provincial hospitals for further care.