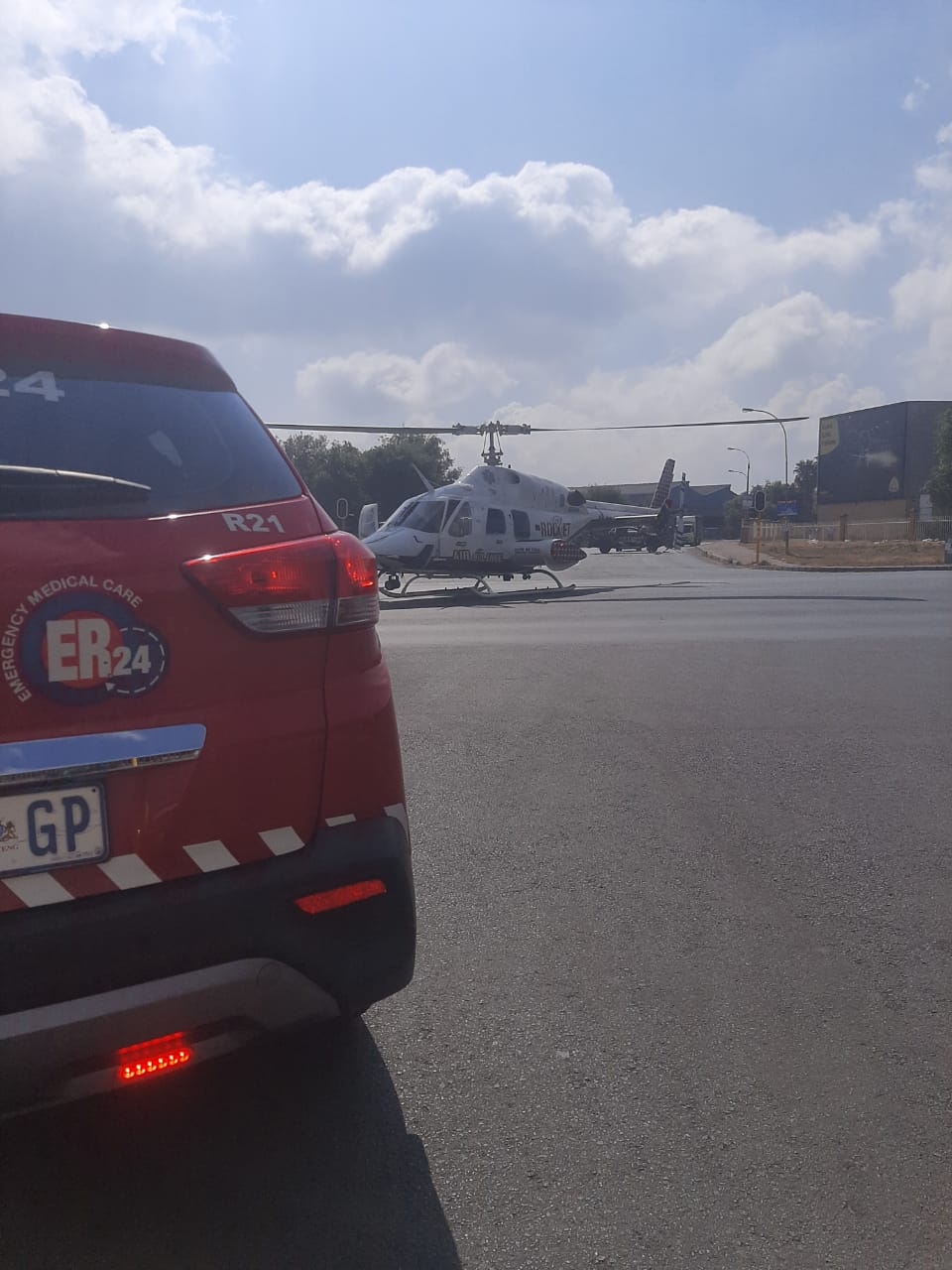 Yesterday morning, a man in his 30s was hospitalised after he was electrocuted whilst working at a power station in Kempton Park.
ER24 arrived on the scene at 08h30 and found the man inside the business being treated by onsite first aiders.
On closer inspection, medics found that the man was in critical condition, having sustained burns over most of his body.
The man was treated and provided with several advanced life support interventions before he was airlifted to a nearby hospital by a private medical helicopter.
Local authorities were on the scene for further investigations.