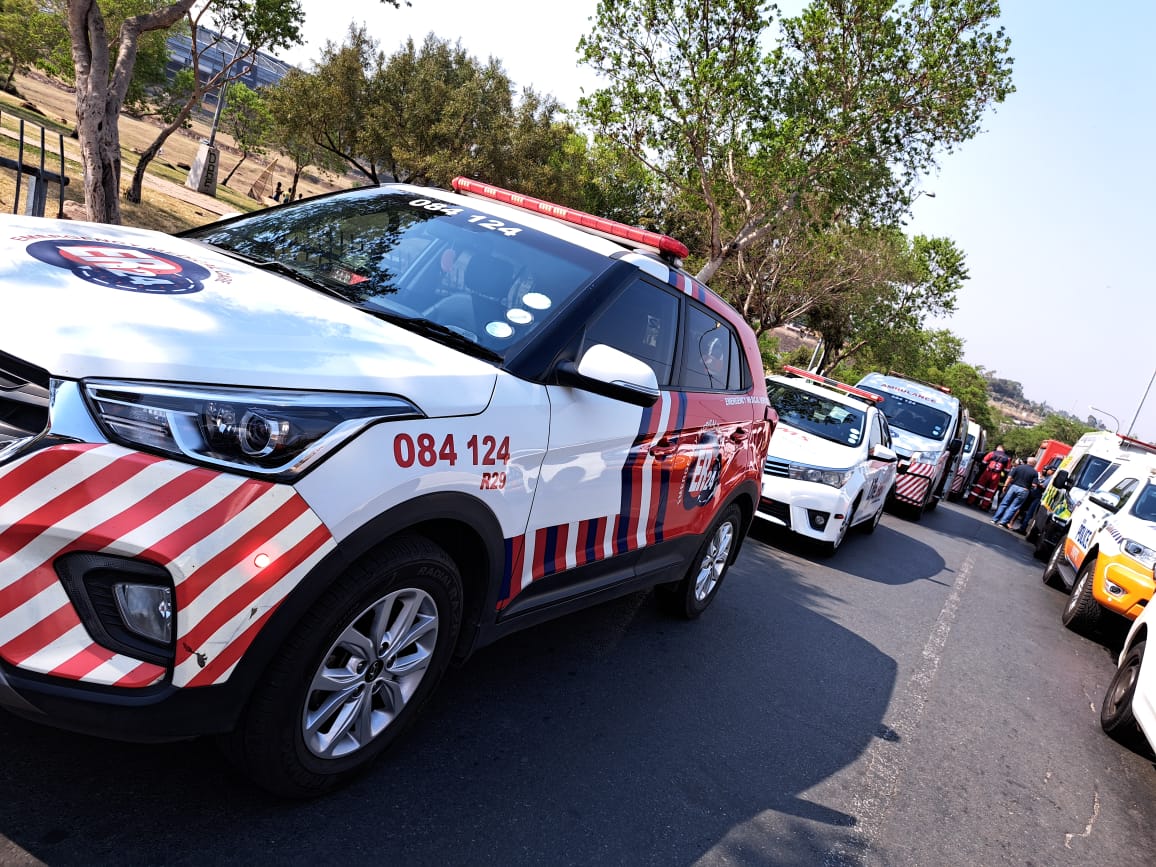 This morning, approximately twenty-four people were injured when two buses collided head-on at the Nkwanga and Armitage intersection in Klipspruit.
ER24 and several other services arrived on the scene at 09h05 to find the two buses in the middle of the road. The passengers were seen seated along the roadside.
Local authorities closed off the road while medics tended to the patients.
On assessment, medics found that approximately twenty-four people had sustained minor to moderate injuries. Fortunately, no serious injuries or fatalities were found.
The patients were treated and later transported to various hospitals for further care.
The exact details surrounding this incident are unknown, but local authorities were on the scene for further investigations.