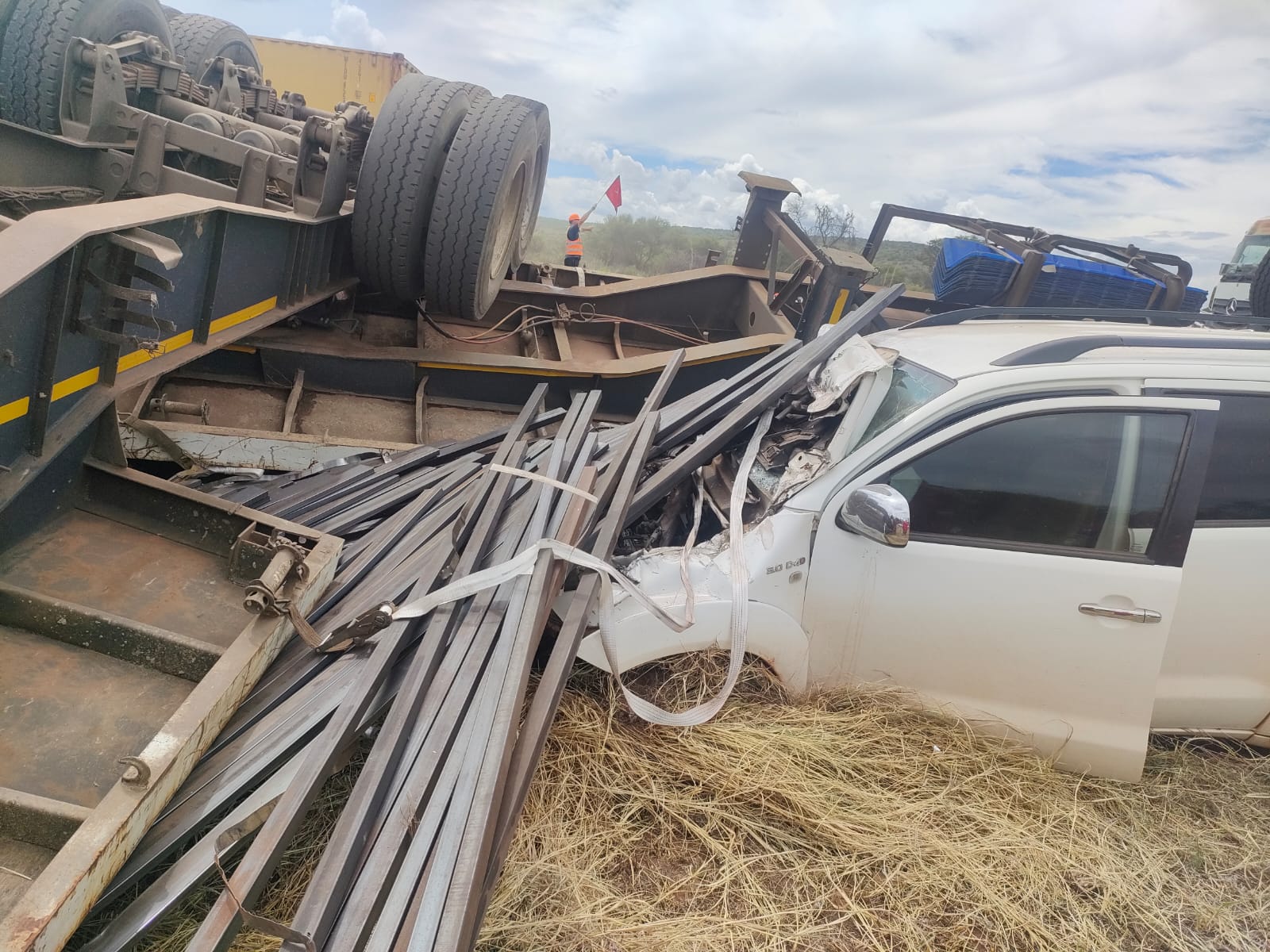 This afternoon, two men were injured, one critically, when a truck and SUV collided on the N1, 3km from Knaskop outside Bela Bela.
ER24 and other services arrived on the scene to find the two wrecked vehicles on the side of the road. The SUV was found partially beneath the trailer of the overturned truck.
Upon closer inspection, medics found a man walking around on the scene while another man was trapped inside the truck.
Rescue services had to use specialised equipment to free the entrapped man from the truck. Once released, medics assessed the men and found that one was in critical condition while the other had sustained only minor injuries.
Medics treated the patients and provided the critically injured man with advanced life support before being transported to nearby hospitals for further care.
Local authorities were on the scene for further investigations.