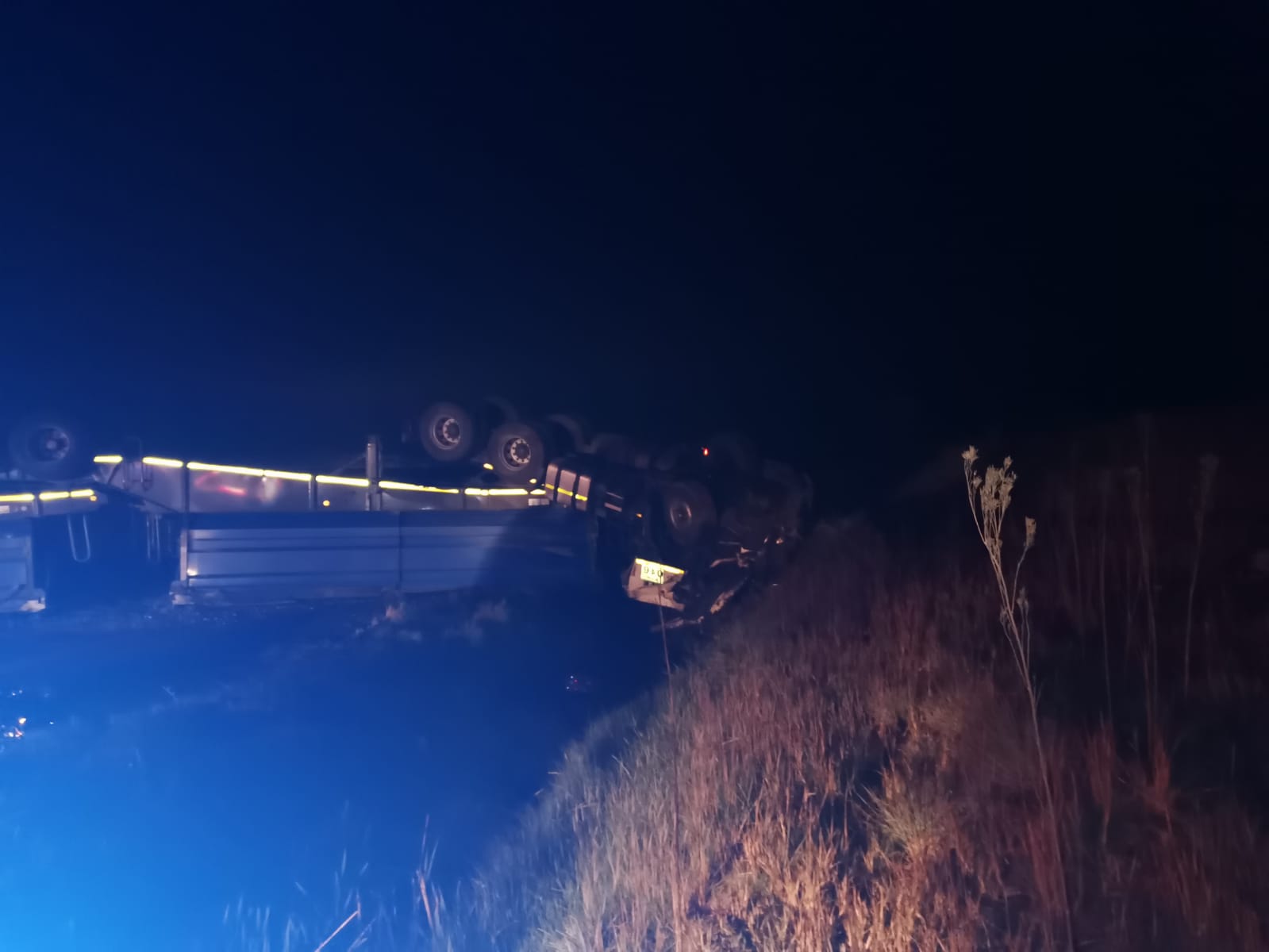 Last night, seven people were killed and three others injured when a taxi and a truck collided at the R50 and N17 intersection in Leandra, Mpumalanga.
ER24 and other services arrived on the scene at 22h00 to find the truck on its roof across the road while the taxi was upright on the side of the road. Several passengers had been ejected from the taxi and were now scattered around the vehicle.
Medics assessed the patients and found that three men and four women had already succumbed to numerous injuries. Nothing could be done for them, and they were declared dead.
A woman was found in critical condition, while two men from the truck had sustained moderate injuries.
The patients were treated, and the critically injured woman was provided with several advanced life-support interventions before they were transported to nearby hospitals for further care.
The exact details surrounding this incident are unknown, but local authorities were on the scene for further investigations.