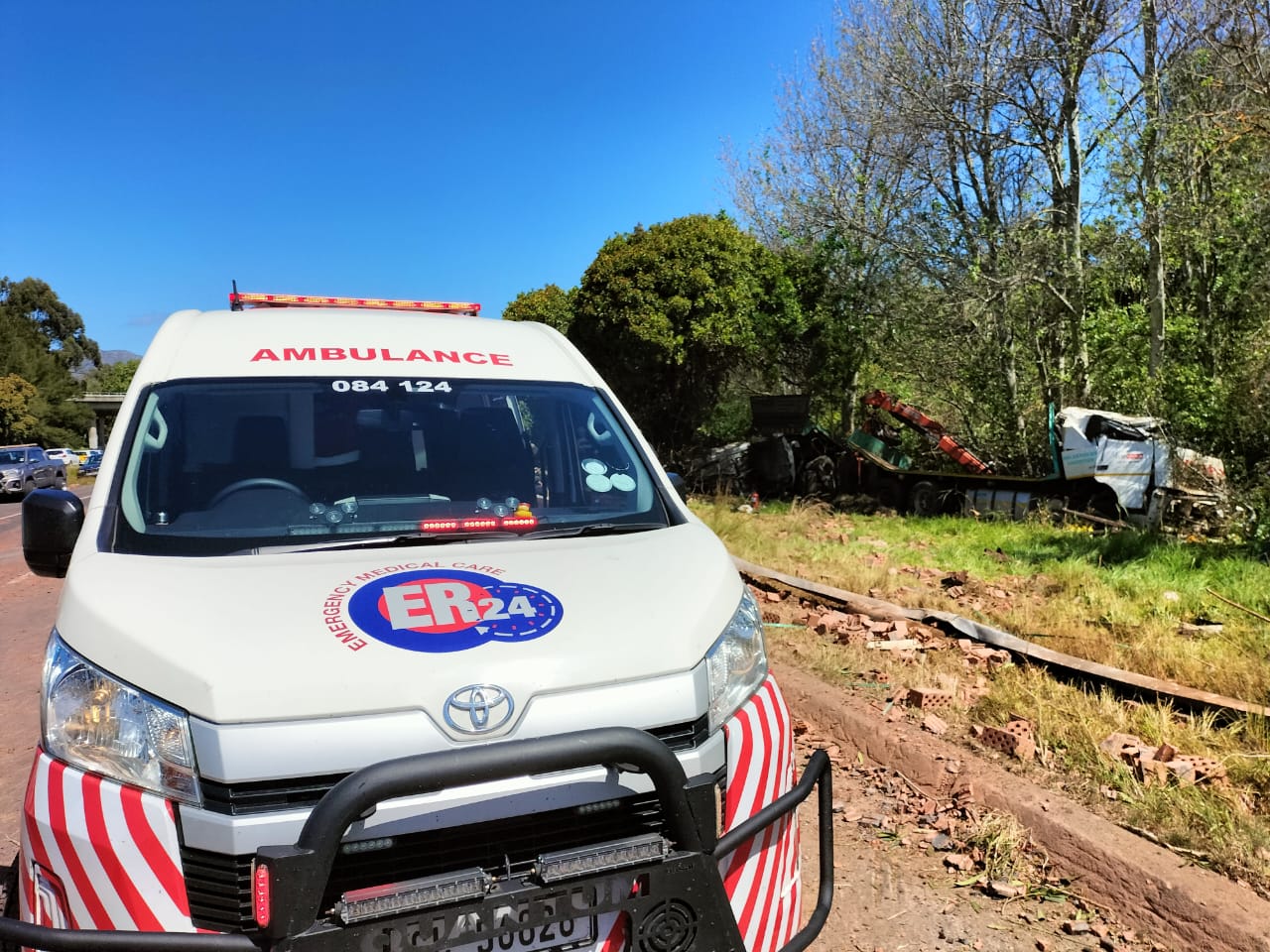 This afternoon, a man was killed and three others injured, including a child, following a collision between a truck and three light motor vehicles on the M3 between Tokai road and Ladies Mile road in the Western Cape.
ER24, Metro Rescue, Western Cape Fire and Rescue, Life Healthcare and other services arrived at 12h44 to find a truck on the side of the road among some trees. A light motor vehicle was found behind a truck smashed against another tree while two light motor vehicles were parked on the road.
On closer inspection, medics found a man lying motionless in one light motor vehicle while two other men were found near the other vehicles. Medics assessed the men and found that the man in the car had already succumbed to numerous injuries while the two other men had sustained moderate injuries. Unfortunately, nothing could be done for the one man, and he was declared dead.
The two other men were treated for their injuries and later transported to nearby hospitals for further care.
It is understood that a critically injured child was transported to a nearby hospital by a member of the public before the arrival of paramedics.
Local authorities were on the scene for further investigations.