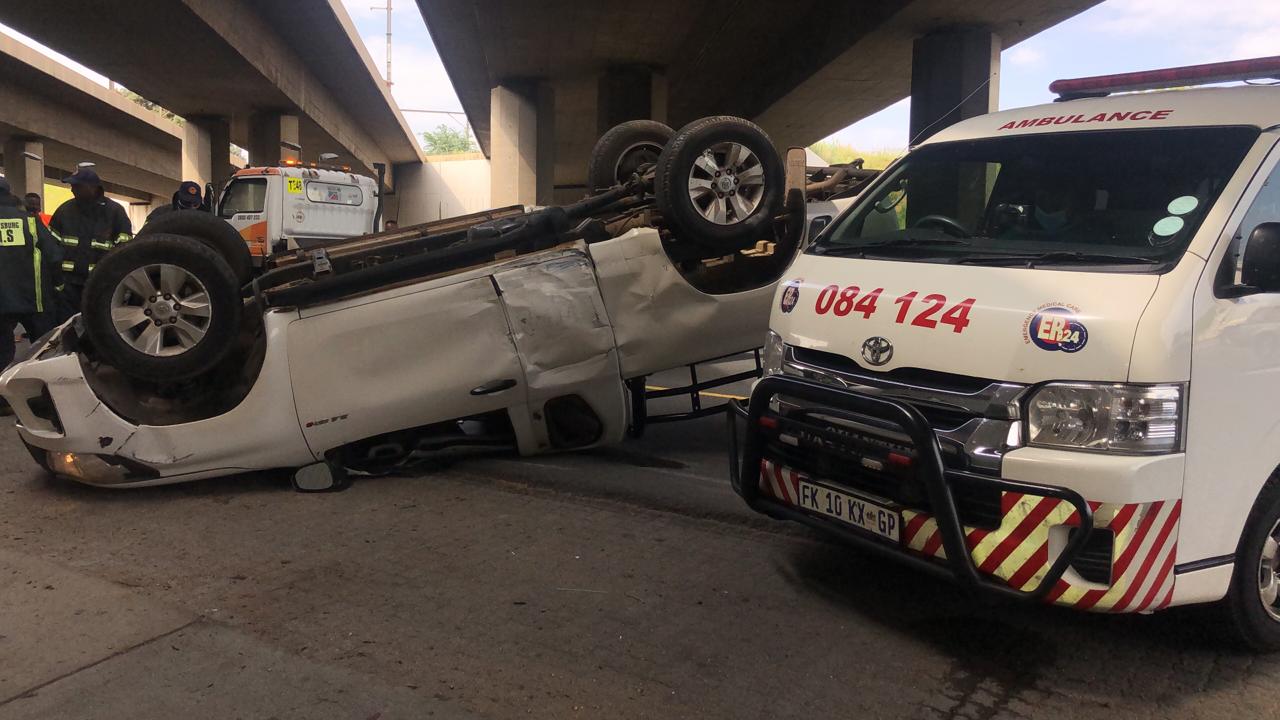 One man was killed, and six others left injured this morning when a bakkie and light motor vehicle collided on the N1 south highway after the Maraisburg offramp.
At 08h55 ER24 paramedics and other services, arrived on the scene to find the bakkie on its roof in the slow lane. A light delivery vehicle was found parked on the embankment.
On closer inspection, medics found the body of a man lying on the embankment. Assessments showed that the man had already succumbed to his numerous injuries. Nothing could be done for him, and he was declared dead.
Six other patients were assessed on scene. One man was found in a critical condition while five others had sustained minor to serious injuries.
The patients were treated, and the critically injured man provided with advanced life support interventions before they were transported to nearby hospitals for further care.
Local authorities were on the scene for further investigations.