A 48-year-old security guard has suffered critical injuries after a large metal gate fell on top of him at an industrial premises in Highbury, Meyerton earlier today.

ER24 paramedics were on the scene at 12:30 along with the Midvaal Fire Department and another private medical service. The man was found lying on the ground next to the gate – he’s been pulled out from under it by other workers. He had suffered a major laceration to his arm and was in a critical condition. The patient was treated with Advanced Life Support interventions to stabilise him while a private medical helicopter landed nearby to transfer him to a private hospital in Alberton.

The exact circumstances surrounding the incident are unknown to ER24. 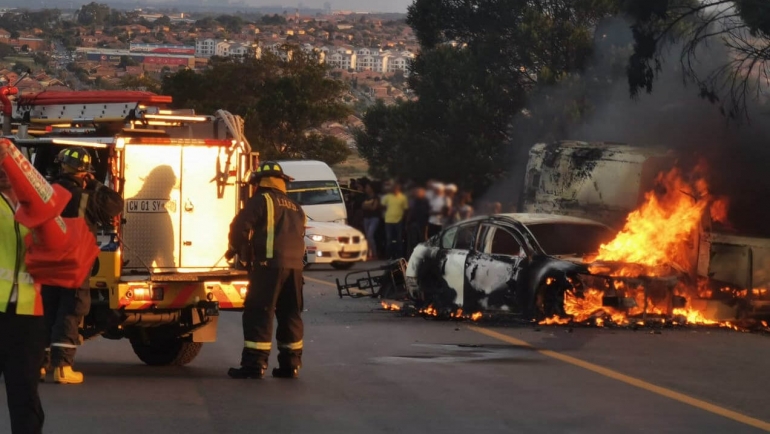