Six people were killed this morning when their light motor vehicle rolled off the R35 onto the N4 in Middelburg, Mpumalanga.
ER24 paramedics arrived on the scene at 06h30 to find a wrecked light motor vehicle on the side of the road under the R35 bridge. Three bodies were found outside the vehicle, while three were inside.
Paramedics assessed the five men and a woman and found that all six patients had already succumbed to their injuries. Nothing could be done for them, and they were declared dead.
The exact details surrounding this incident are unknown, but local authorities were on the scene for further investigations. 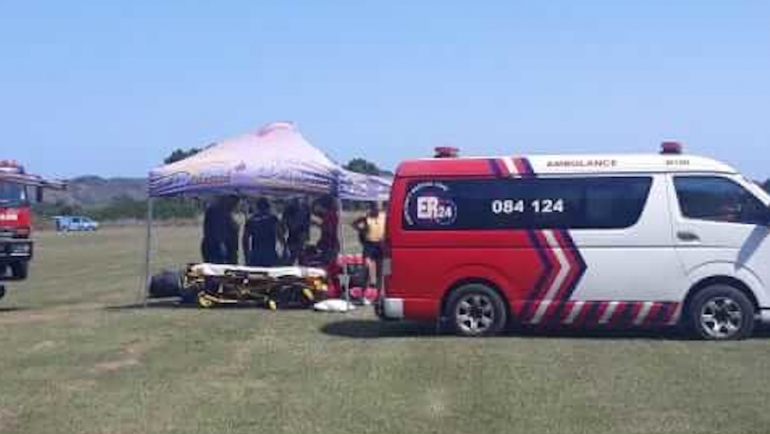