Life can sometimes be an uphill battle, but these two photos reveal how ER24 is not only there for the minor bumps and bruises but also for the encouragement you might need from the sidelines. These are the untold stories of two fantastic photos. 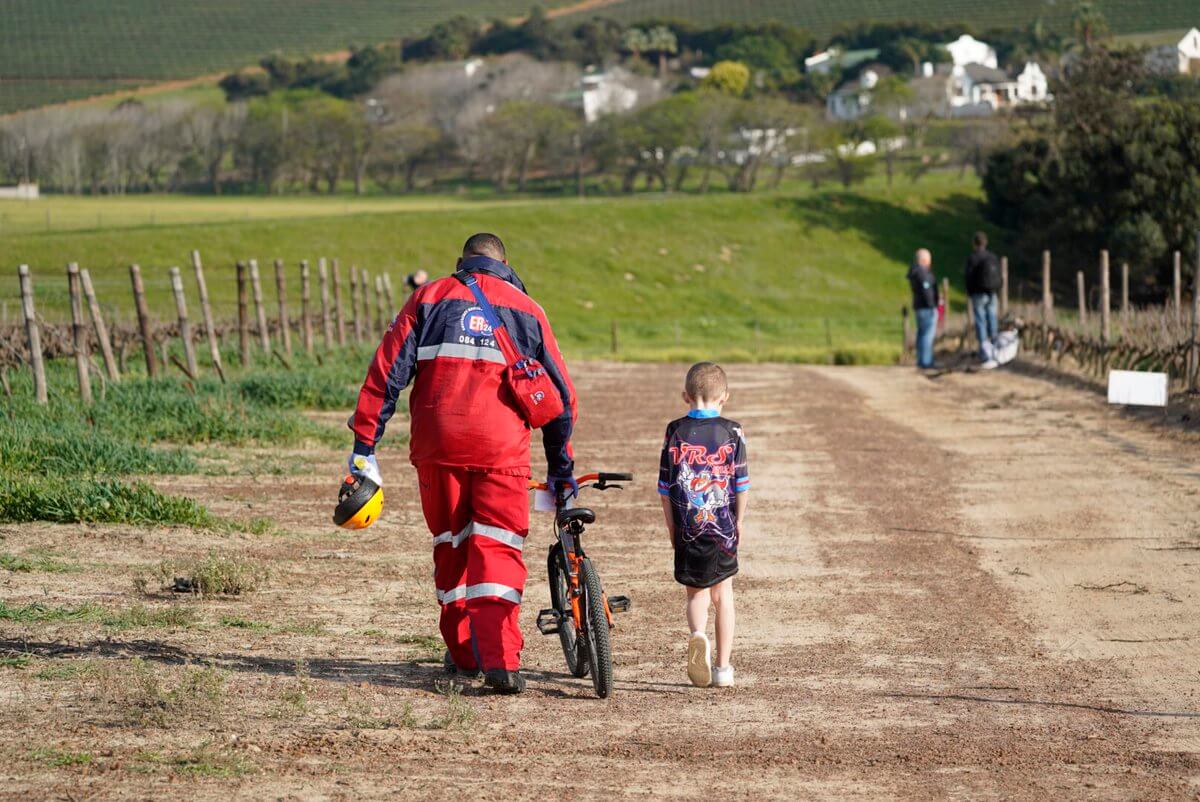 This photo, taken by the photographer Chris Hitchcock, was widely shared on social media. People were wondering what the photo would say if it could talk. Nazeem Fredericks, the ER24 event medic on the photo, shares the story.

“We were in the medical tent when we got a call over the radio that someone had fallen on the top of a hill. When I got there, I found a little boy who had fallen on his knees and didn’t want to continue the race. I cleaned his knees and helped to carry his bike and helmet while walking alongside him to the finishing line.

“I spoke to him about the race, and he said that he didn’t want to continue as he was upset that he kept falling. He did say that he loves this sport. I think it might just have been one of those days where things didn’t go according to plan,” said Nazeem.

Lenise van der Westhuizen, ER24 Western Cape Events Coordinator: “When I saw the photo I thought wow, who is this medic?  I then thought to myself it must be Nazeem just because he is the type of person who is always willing to help. He is always available to work all the events.”

The lady in the photo is 92-years-old and was completing a half marathon held during the Oyster Festival in Knysna. Wesley Greeff, ER24 Southern Cape Events Coordinator, found the lady at the 6km mark where she had taken a tumble.

“She said she was fine and she didn’t want to be checked out in an ambulance – she wanted to continue the race. I just made sure to keep an eye out for her as she continued the race, especially during the higher climbs. We encouraged her and cheered for her from the sideline,” said Wesley.

Although being the last one to cross the finish line, she did complete the race.

“It was a wonderful thing to see, and we all cheered her on. This moment left a massive smile on my face as well as on my partner’s. Seeing her competing in this event with so much energy was truly motivating.  We were glad we could be a part of this event.”

Johann Prinsloo, Branch Manager of ER24’s Southern Cape branch: “Wesley is always willing to walk the extra mile not just for his patients but also for the clients. I’ve never heard him complain once. This photo symbolises his character and his willingness to help.” 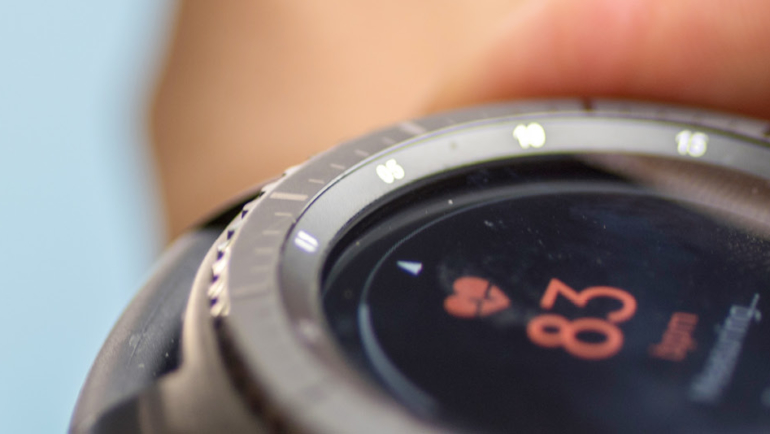