When ER24 paramedics arrived at the scene shortly before 20h30, police were already on the scene. Upon further assessment, medics found three patients who had sustained gunshot wounds.

ER24 and another medical service at the scene treated the patients before transporting them to hospital under police guard for further medical care. 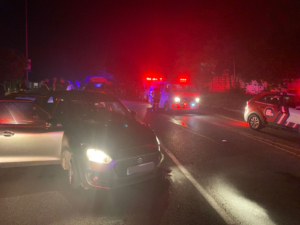