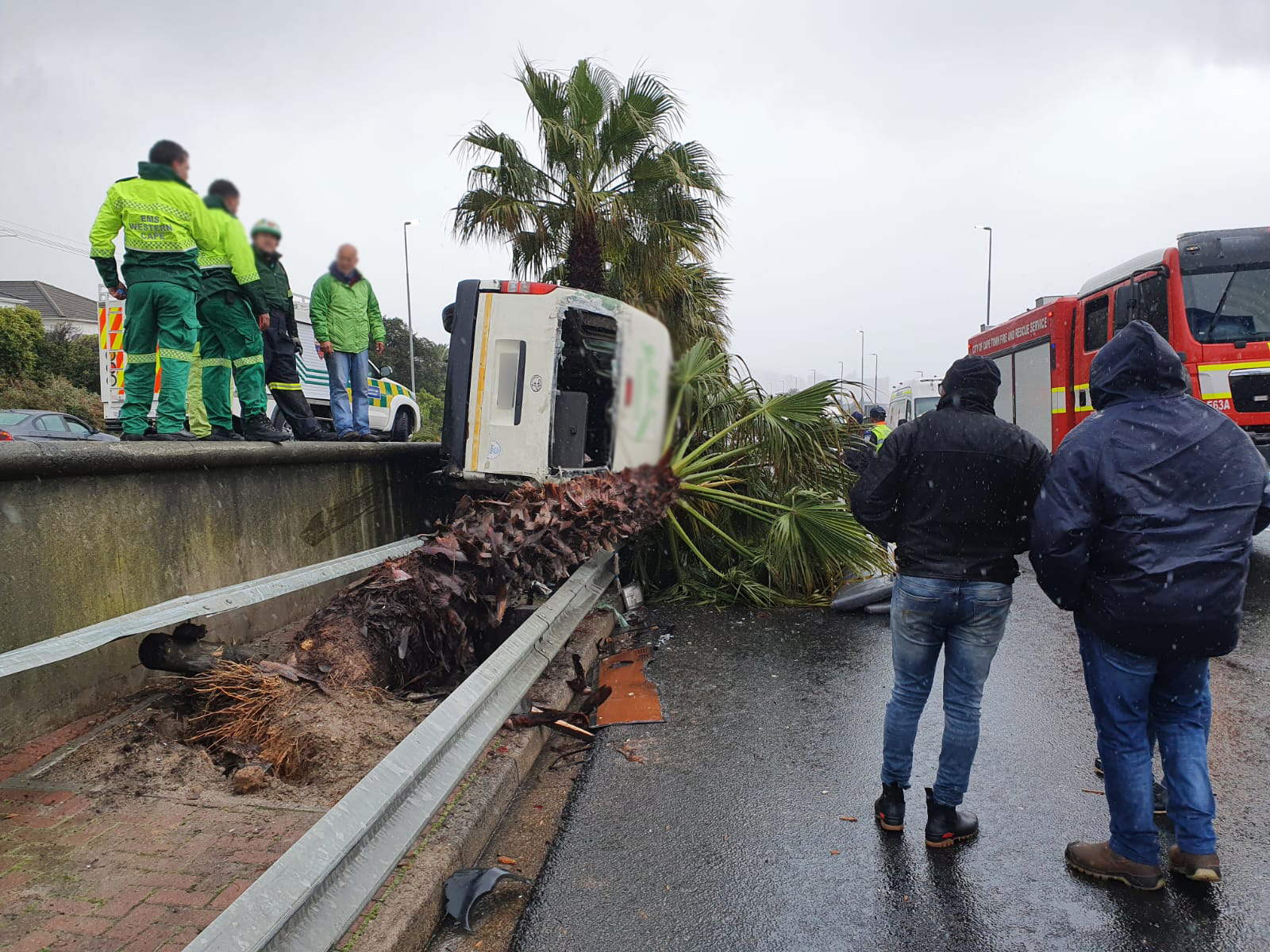 This morning, ten people were injured when their taxi rolled on Nelson Mandela Boulevard in Mowbray, Cape Town.
ER24 and other services arrived on the scene at 12h34 to find the taxi on its side on top of the centre barriers. Three people were found inside the taxi, while several others were seated near the vehicle.
Rescue Services began to extricate the three patients from the taxi while medics tended to the patients.
On assessment, medics found that two patients had sustained serious injuries while eight others had minor to moderate injuries. Fortunately, no fatalities were found on the scene.
Medics treated the patients and provided the two seriously injured with pain-relief medication before they were transported to nearby hospitals for further care.
The exact details surrounding this incident are unknown, but local authorities were on the scene for further investigations.