Fifteen people were left injured this morning, one of them critically, when the taxi they were traveling in overturned on the N2 southbound in Newlands, KwaZulu Natal.

ER24 paramedics came across the scene at 07h56 to find the taxi on its side towards the centre median. Motorists were found helping several people climb out of the vehicle.

Medics tended to the patients while local authorities began to divert the traffic. On assessment, medics found that fourteen people had sustained minor to moderate injuries while a woman, found lying inside the taxi, had sustained critical injuries.

Medics carefully extricated the woman from the vehicle, with the help of the fire services.

Once extricated, medics treated the patients and provided the critically injured woman with advanced life support interventions. After treatment, the woman was airlifted by a private medical helicopter to a nearby hospital while the remaining patients were transported by ambulance.

[MARAISBURG] – Driver killed when car crashes into a tree. 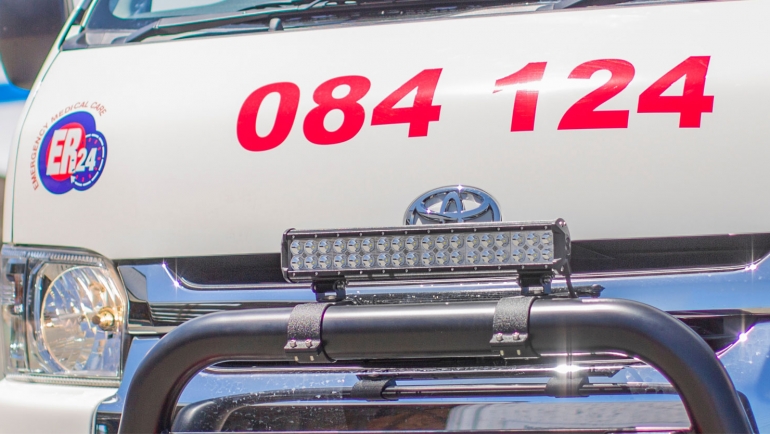