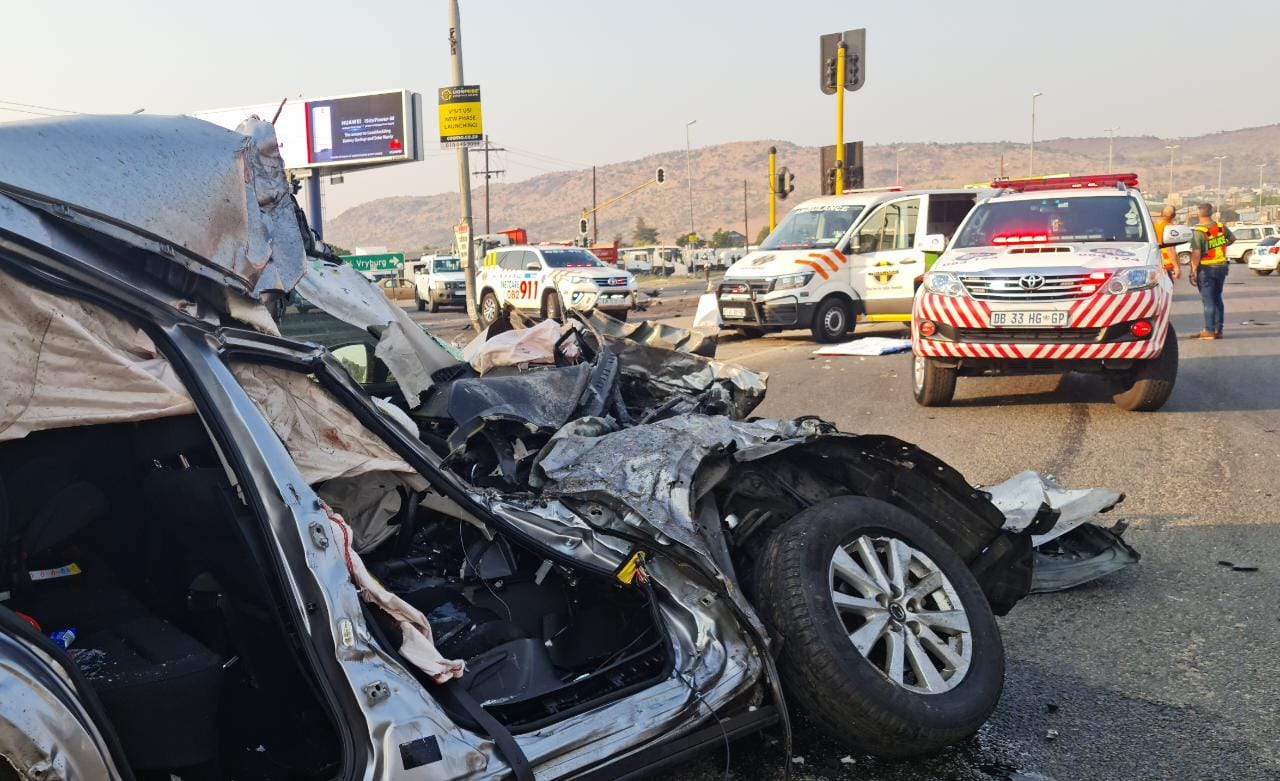 This morning, a man and woman were killed and three others injured following a collision between two trucks and two light motor vehicles at the N14 and R28 intersection in Pinehaven.
ER24 and several other services arrived on the scene shortly before 07h00 to find the four wrecked vehicles in the middle of the road with debris scattered across the scene.
Local authorities began to close off the road and divert the traffic while medics tended to the patients.
On closer inspection, medics found a woman lying trapped inside a light motor vehicle while a man was trapped inside the one truck. Three other patients were lying around the vehicles. Medics assessed the patients and found that one man had already succumbed to his numerous injuries while the two entrapped patients, and two others, were in critical condition.
Rescue Services had to use specialised equipment to free the patients from the truck and car. Once released, medics treated the patients and provided them with advanced life support interventions. Once the patients were stabilised, the critically injured woman was airlifted by a private medical helicopter to a nearby hospital while the other patients were transported by ambulance.
Unfortunately, on route to the hospital, the critically injured woman succumbed to her injuries.
Local authorities were on the scene for further investigations.

[SASOLBURG] – One killed, another critical in bakkie rollover.