A man and woman were injured this afternoon following two separate incidents in Polokwane.

ER24 paramedics responded to the first incident on Potgieter Street in the CBD where a bakkie and motorbike had collided.
The biker had sustained and serious injury to his leg while the driver of the bakkie escaped injury.
The man was treated and provided with pain-relief medication before he was transported to a hospital.

The second incident occurred on the R71 outside of Polokwane, where a bakkie had overturned.
On assessment, medics found a woman trapped inside the bakkie with moderate injuries.
Rescue services had to use the jaws-of-life equipment to free the woman. Once released, medics treated her and transported her to a nearby hospital for further care.
Local authorities were on both scenes for further care.

[ERASMIA] – Eight injured in a collision. 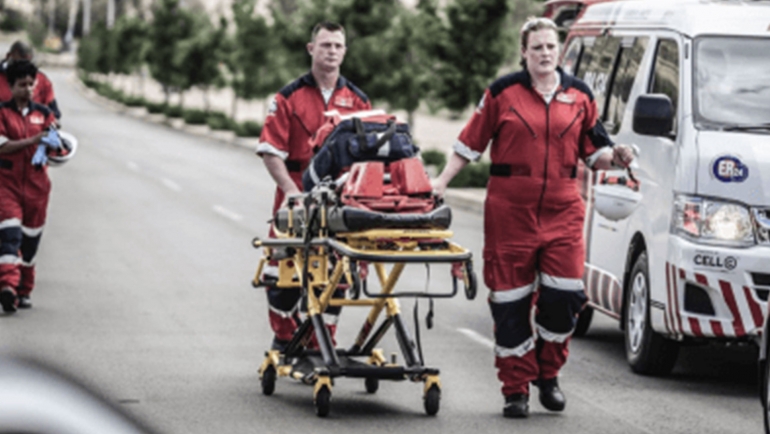