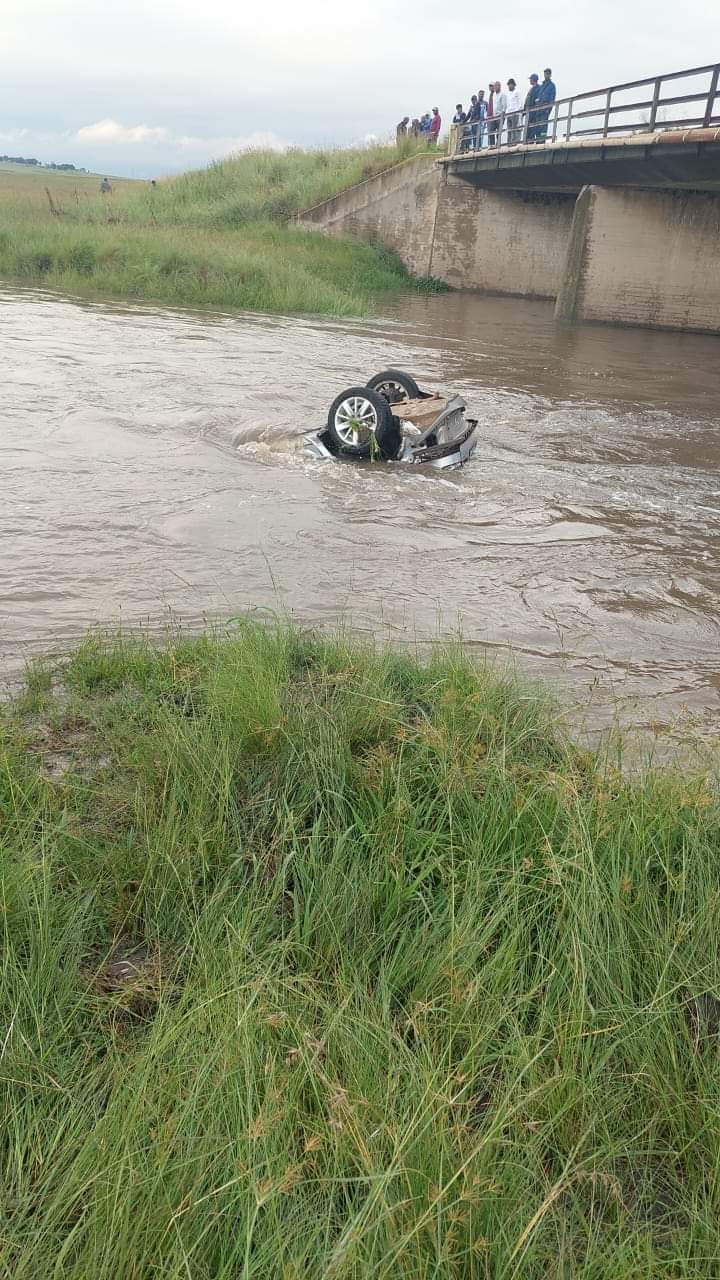 Yesterday afternoon, a man and woman were killed, and another man and two other women were injured when their light motor vehicle crashed into a river off the R38 between Bethal and Standerton, Mpumalanga.
ER24, Delta 1 Rescue, Mpumalanga Inland Water Police and other services arrived on the scene at 17h45 to find the light motor vehicle on its roof in the river.
On closer inspection, medics found a man walking along the banks while two other women were found some distance downstream. A second man was found lying on the opposite bank, while a woman was seen lying inside the vehicle.
Medics began to tend to the patients while rescue teams began extricating the trapped woman from the vehicle.
On assessment, medics found that the man on the bank was in a critical condition with rapidly diminished vital signs. The other man and two women had sustained minor to moderate injuries. Medics treated the patients and provided the critically injured man with CPR and advanced life support interventions. Unfortunately, after some time, the man succumbed to his injuries.
After the Rescue teams had extricated the entrapped woman, medics found that she had already succumbed to her injuries. Nothing could be done for her, and she was declared dead.
The exact details surrounding this incident are unknown, but local authorities were on the scene for further investigations.