This afternoon, eighteen people, including two children, were injured when the taxi they travelled in rolled on the R81 between Tzaneen and Polokwane.
ER24 and other services arrived on the scene at 15h44 to find a taxi on its side on the road. The passengers had already climbed out and were now seated around the vehicle.
Medics assessed the patients and found that eighteen people had sustained minor to moderate injuries. Fortunately, no fatalities were found.
The patients were treated and later transported to various hospitals for further care.
Local authorities were on the scene for further investigations. 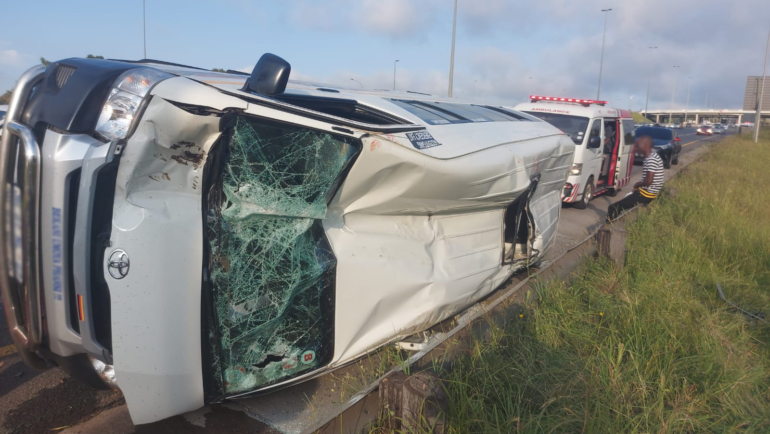