A man, believed to be in his 50s, was left critically injured this afternoon when he was struck by a light motor vehicle at the CR Swart and Ouklip intersection in Roodekrans.
ER24 paramedics arrived on the scene at 14h27 to find the light motor vehicle parked in the left-hand lane. A man, believed to be in his 50s, was found lying on the pavement.
Medics assessed the man and found that he had sustained numerous injuries and was in a critical condition. The man was treated for his injuries and provided with advanced life support interventions before he was transported to Laratong Provincial Hospital for further care.
The driver of the light motor vehicle, fortunately, escaped injury.
Local authorities were on the scene for further investigations. 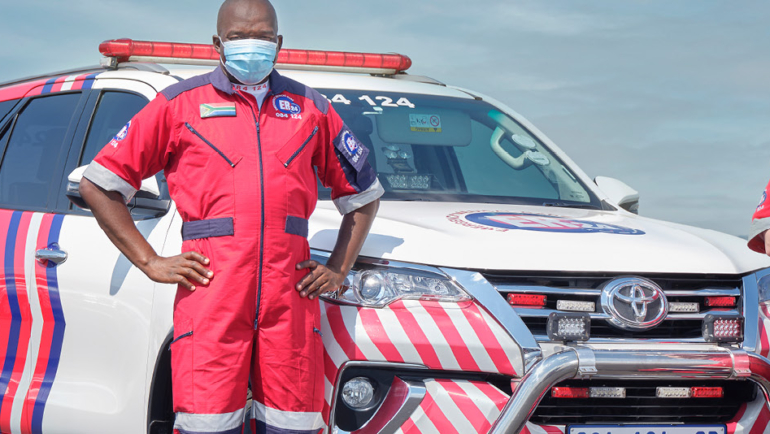