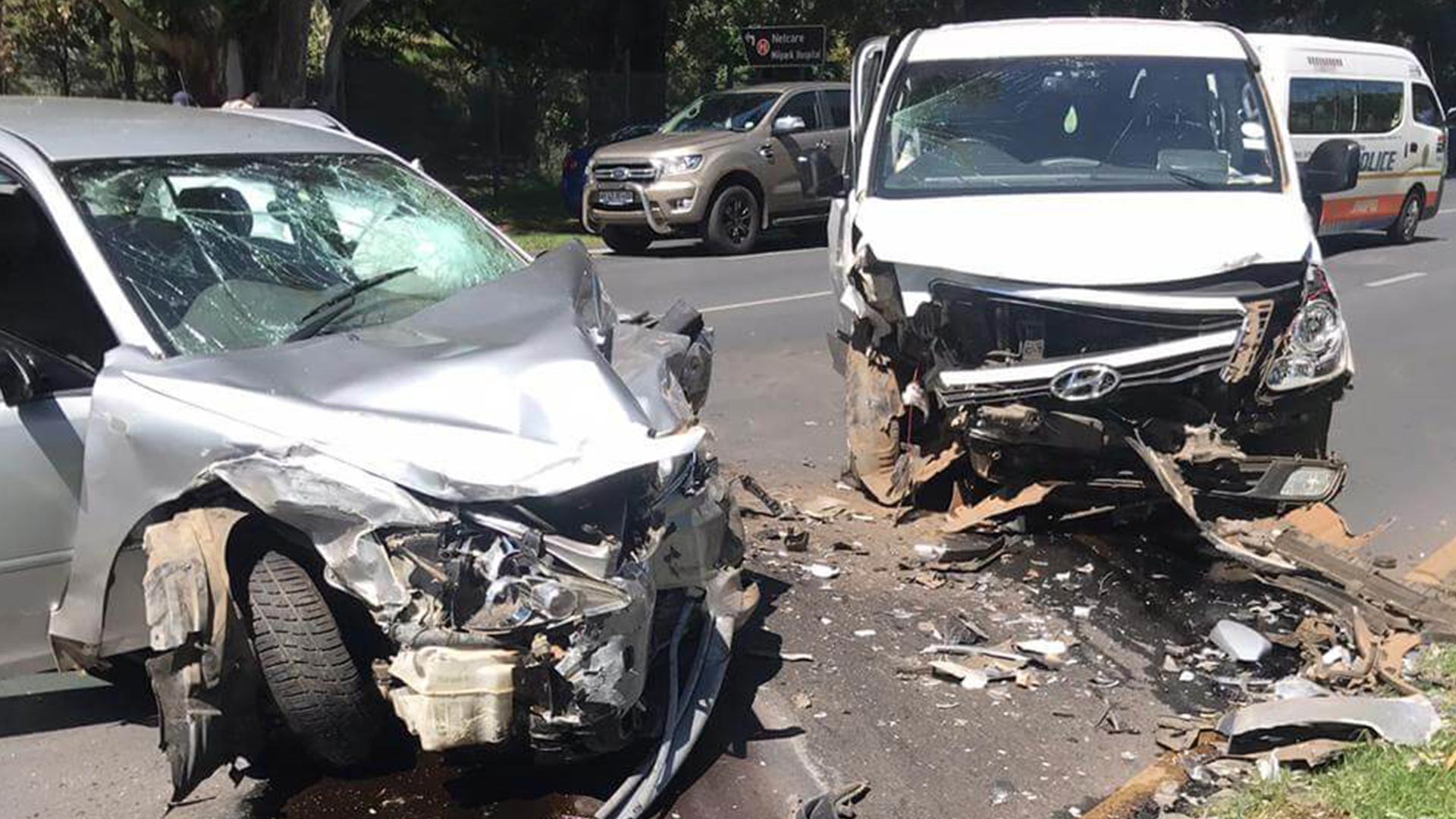 Six men were left injured this morning following a four-vehicle collision between 3 light motor vehicles and a minibus at the Beyers Naude and Judith Road intersection in Roosevelt Park.

ER24 paramedics arrived on the scene at 11h42 to find the four vehicles in the middle of the road. Several people were found either walking around on the scene or seated on the embankment.

Medics assessed the patients and found that six men had sustained minor to moderate injuries.

The patients were treated and thereafter transported to Helen Joseph Provincial Hospital for further care.