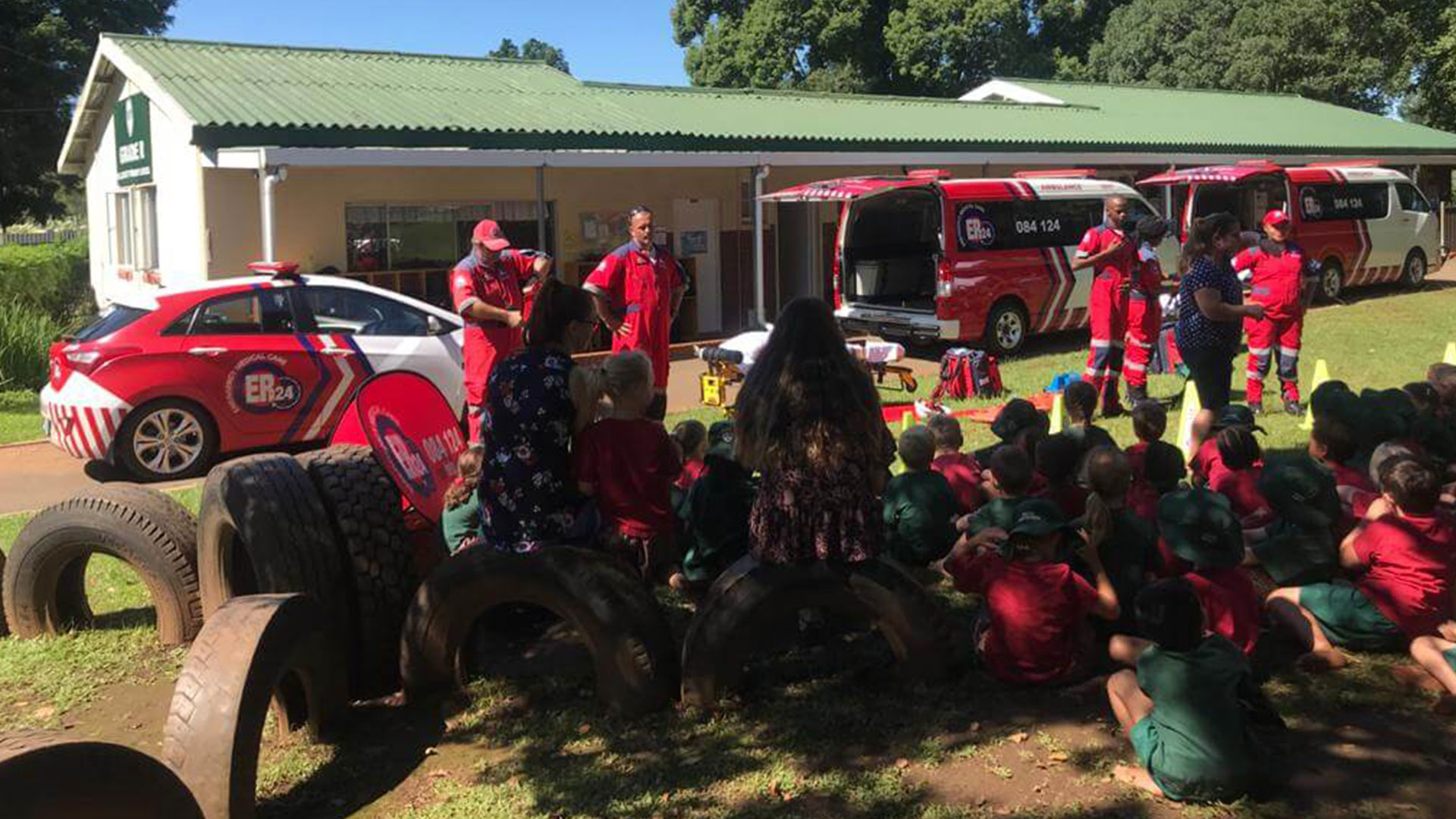 With the help of a school demonstration presented by ER24, a five-year-old boy from Forest Hills in Durban proved to be quite a hero in a real-life emergency.

Last month, ER24 paid a visit to the primary school where he is a learner. ER24 paramedics, Michelle Cook, Tessa Bhengu, Osbourne Shangase, Angela Nzama, Mark Perks, and Nico Bosman as well as two Trauma and ICU nurse students, showed them what they do on a day-to-day basis and helped them to memorise the 084 124 number should the need arise.

Little did anyone know that he would remember this number a few days later to help his parents phone for an ambulance.

“We received the phone call via the contact centre about a woman who was ill. Once myself and my partner Richard Bowker got to the scene, we immediately assisted the grandmother. It was only a short while later that the mother told us what had happened,” said Devon Fisher, an ER24 paramedic from the Hillcrest branch.

“She explained that both she and her husband were so panicked that they couldn’t think of a number to call. He then told them that he knows which number they should phone, and recited it to them. The parents asked for the number again, and that is when he ran to fetch the ER24 water bottle that they were given on the day of the show and tell with the 084 124 number clearly visible.”

When the ER24 paramedics were leaving the house, he was in the garden and could say goodbye to his grandmother before they transported her to the hospital.

“Everyone was just so proud of him. When we heard what had happened, I just got goosebumps. It is just such an amazing story!” said Devon.

Nationally, ER24 paramedics, depending on their availability, present the demonstrations to schools as a means to educate and to create greater awareness around emergency medical services (EMS).

“When we do the demonstrations at schools you don’t know what the children take in. And to know that he remained calm and remembered our emergency number based on the school demo is just incredible!” said Devon.