Two male suspects have suffered fatal gunshot wounds and a security guard has been seriously injured during an alleged armed robbery at Tulisa Park business park, Johannesburg South, this morning.

ER24 paramedics were on the scene at 08:43 this morning along with the South African Police Services, Private Security Companies and the Traffic Department. Two suspected armed robbers died at the scene and twelve are believed to have been arrested.

A 40-year-old security guard was found to have suffered a gunshot wound and was in a serious but stable condition. He was treated with Advanced Life Support interventions before being transported to a private hospital in the area.

The details surrounding this incident are unknown to ER24, however SAPS and Forensics were on the scene for further investigations. 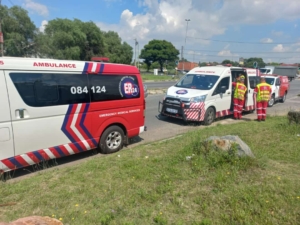 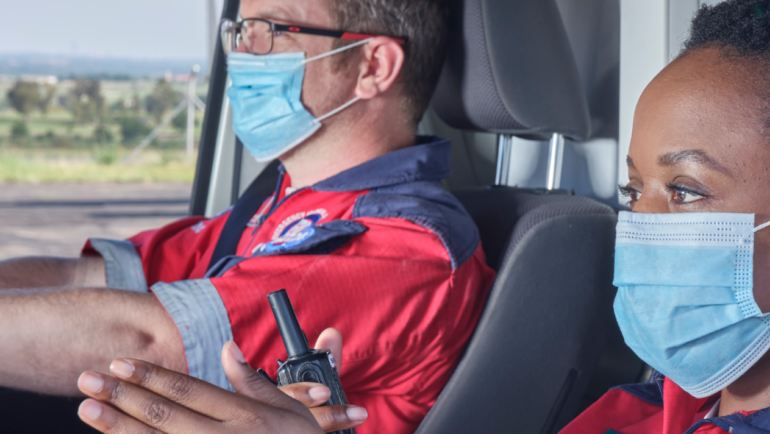 [POTCHEFSTROOM] – One killed, three injured in a collision.