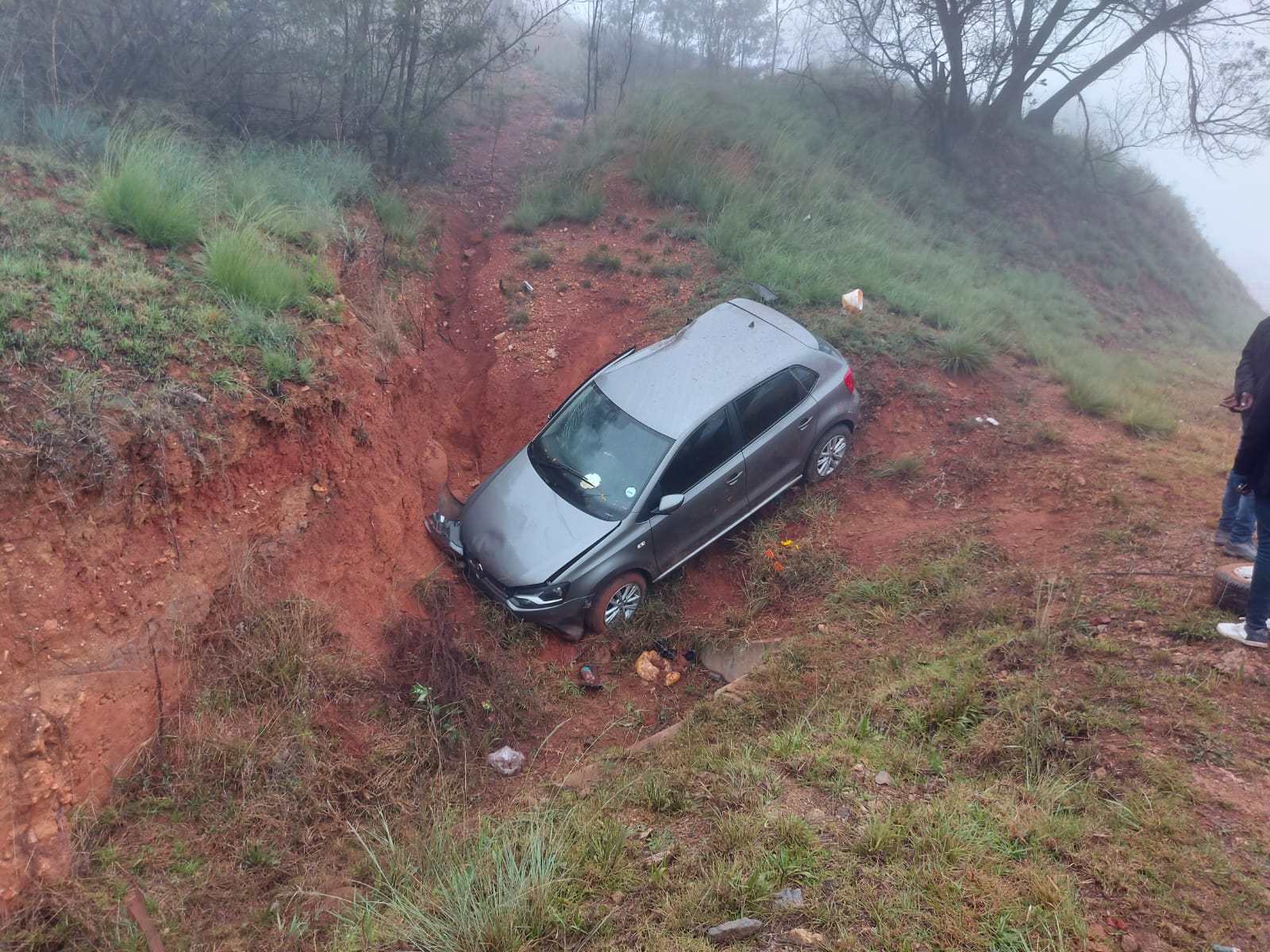 Six people were injured this afternoon after the driver lost control of his vehicle, causing it to veer into a ditch off the R71 in Veekraal, Limpopo.
ER24 arrived on the scene at 15h30 to find the light motor vehicle in the stormwater drain. The occupants had already climbed out of the vehicle and were seated on the roadside.
Medics assessed the patients and found five adults and a 1-year-old boy had sustained moderate to serious injuries.
The patients were treated, and two were provided pain-relief medication before being transported to nearby hospitals for further care.
Local authorities were on the scene for further investigations.

[RUIMSIG] One killed, one seriously injured in a head-on collision