Two people were killed and multiple others were injured following a collision between a bus and vehicle on the Moloto road in Wallmansthal in Pretoria this morning.

When ER24 paramedics arrived at the scene shortly before 05H00, they found a bus lying on its side off the roadway. Multiple patients were found outside of the bus. A triage area was set up and paramedics found that 38 people sustained minor injuries while five others sustained moderate injuries. Two people were also found with fatal injuries and was declared dead at the scene by paramedics.

No-one from the vehicle was injured.

ER24, as well as multiple medical services at the scene, transported the injured to various hospitals for further medical care.

The exact circumstances surrounding the incident is not known to our paramedics, but police were on the scene for further investigations. 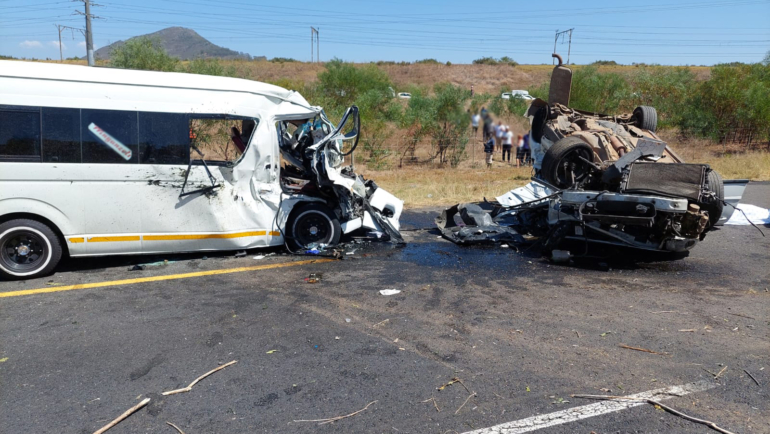 by Russel Meiring 11 hours ago