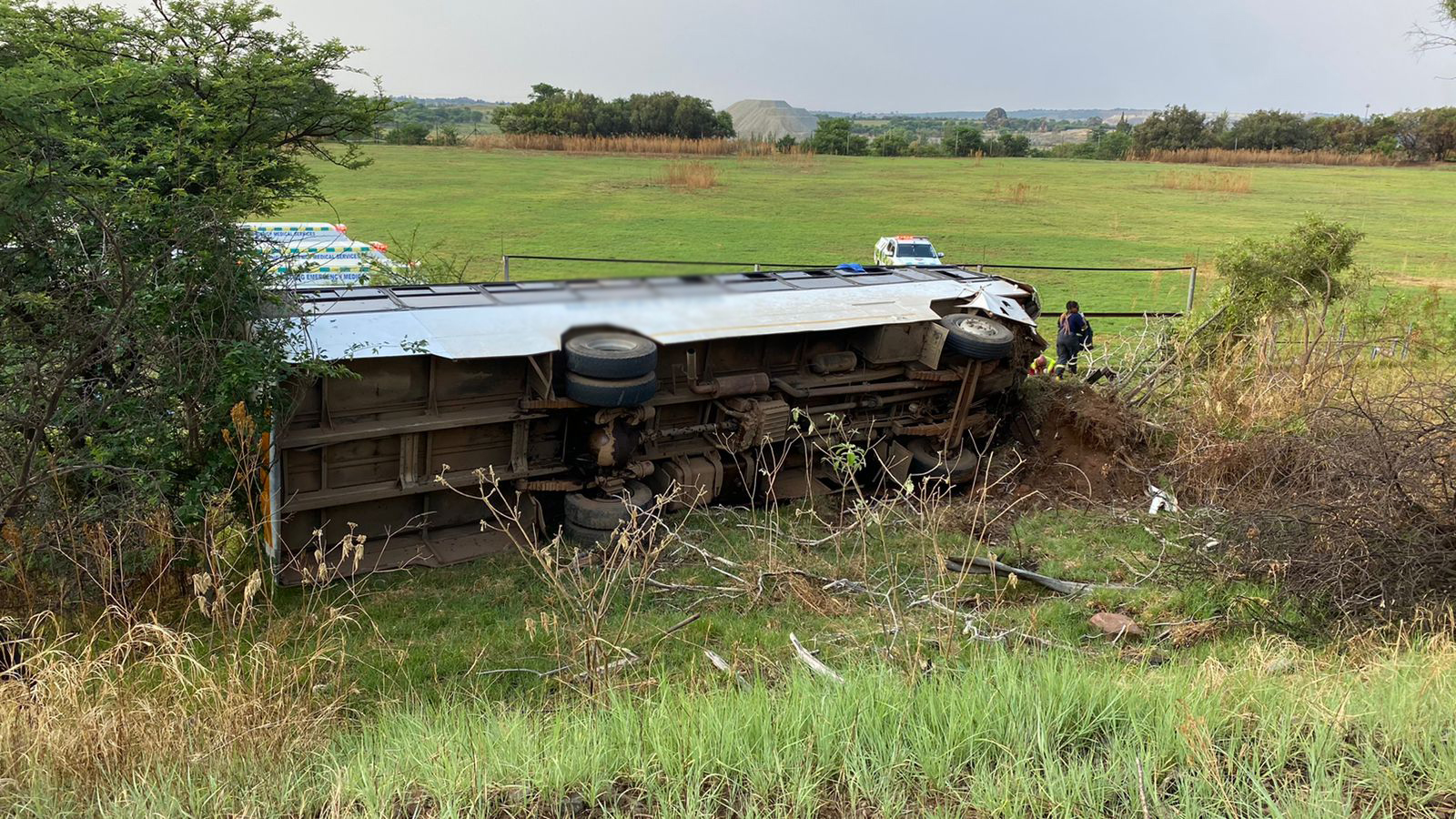 This afternoon, two boys were killed and fifty-eight others injured when a bus veered off the road and down an embankment in Wedela, Carletonville.
ER24 and several other services arrived on the scene at 16h00 to find that the bus had overturned, ejecting a number of the patients.
A triage area was set up while medics tended to the patients.
On closer inspection, medics found that two boys, believed to be aged between 14 and 16, had sustained fatal injuries. Nothing could be done for them, and they were declared dead.
On the assessment of the other patients, medics found that approximately fifty-eight other children, aged between 12 and 18, had sustained minor to serious injuries. The children were treated, and the seriously injured were provided pain-relief medication before being transported to nearby hospitals for further care.
The exact details surrounding this incident are unknown, but local authorities were on the scene for further investigations.