[ZINNIAVILLE] One suspect shot and killed, another injured in alleged home invasion

A suspected armed robber believed to be in his 40s has been shot dead and another injured as they tried to escape the scene of an alleged home invasion in the Rustenburg suburb of Zinniaville this afternoon.

ER24 paramedics were on the scene at 14:10 where they tended to the seriously injured suspect below a wall he’d allegedly scaled while being chased by members of the public. It was at this time that the other suspect was shot and killed while running through a graveyard nearby. Paramedics assessed and declared the man dead on arrival. The injured man was treated and escorted to a hospital nearby for further care. Two others who fled the scene were believed to be involved in the burglary.

The South African Police Services were also on the scene for further investigation. 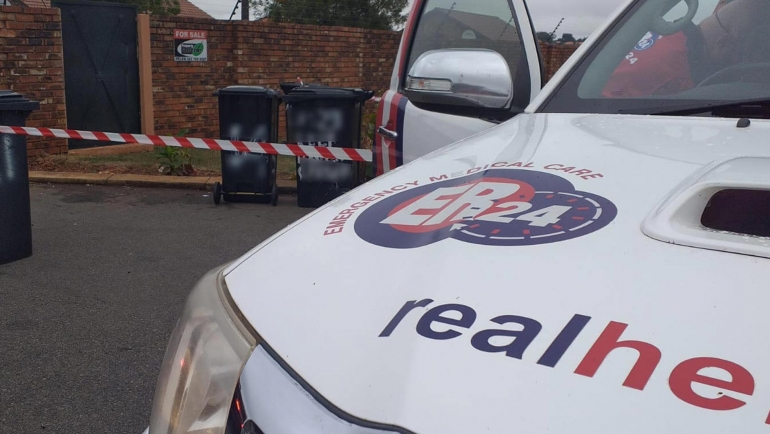