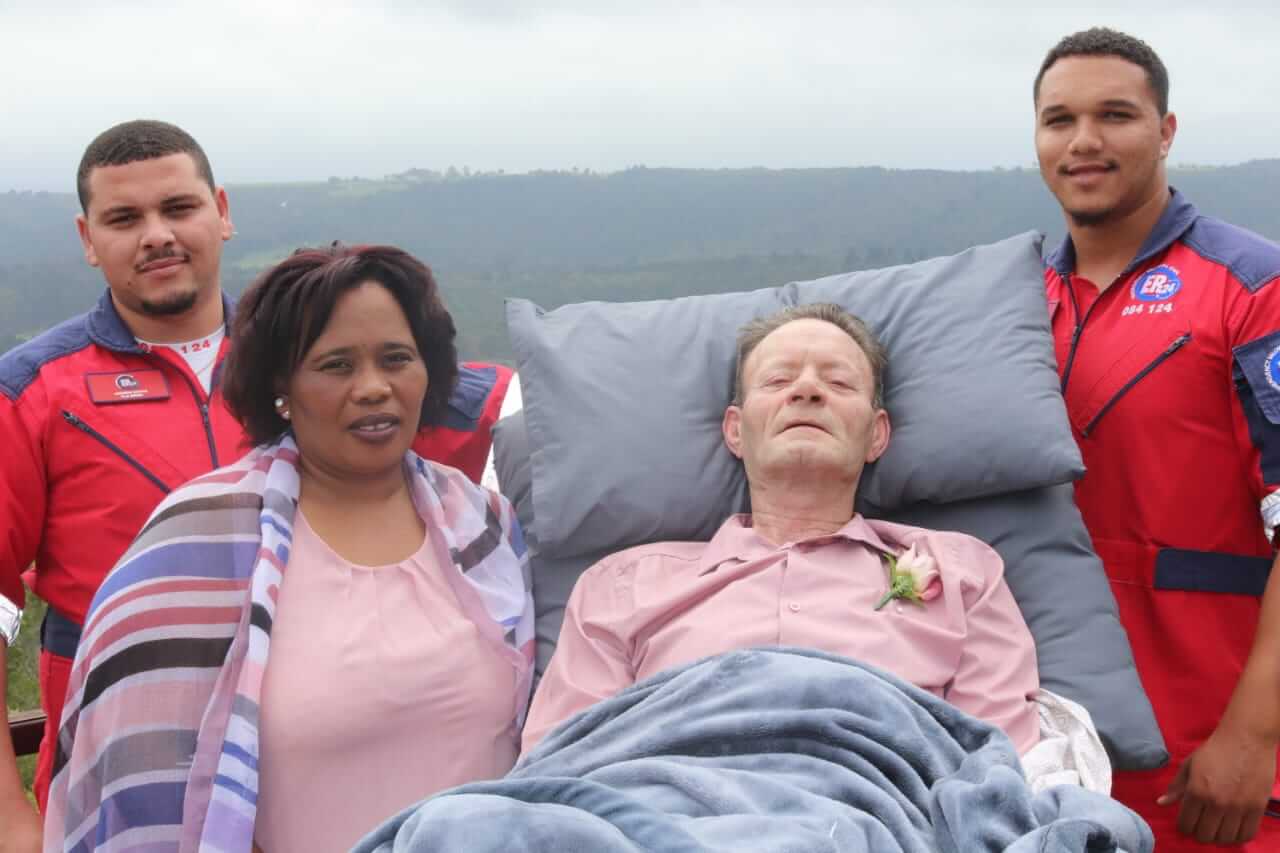 For the past six months, Frikkie Grobbelaar (62) has not been able to leave the house. He’s been confined to his bed as a result of a debilitating disease, but, on the 6th of October with a little help from the community, Frikkie was able to experience his son’s wedding.

In September, Johann Prinsloo, ER24 Southern Cape Branch Manager, received a call from Frikkie’s wife, Maria, asking what the chances would be of hiring an ambulance for the day.

“I explained to her that, unfortunately, it is quite expensive but that I would try and make a plan. Only afterwards did she explain why she needed it and for who. So, I decided to pay the family a visit in Sedgefield.”

At the start of 2018, Frikkie was diagnosed with motor neuron disease (MND), and within nine months his condition had deteriorated drastically. In the first few months Frikkie, to some extent, had mobility with the help of a wheelchair but he is now completely confined to a bed.

It’s been a difficult time for him and his family, and the good news of his youngest son’s engagement soon brought some much-needed happiness after a challenging year.

“After meeting the family and realising the full extent of Frikkie’s illness, I knew I had to help them some way or another. I told them that ER24 would sponsor the ambulance for the day and we would make sure that he is taken care of from the beginning to the end. Everyone started crying, and it was just a very emotional moment for all especially for Jaendré who desperately wanted his dad to be at the wedding,” said Johann.

About five months ago, Jaendré (31) quit his job in Cape Town and moved to Sedgefield to stay with his parents and to help around the house. He has always been very close to his dad and to see him deteriorate daily has been very tough on Jaendré. Not knowing how much time he had left with his dad also prompted him and Nicole to speed up the preparations for their wedding. Having his dad at one of the most significant events of his life was very important to him.

“Initially, we wanted to transport my dad to the wedding in a vehicle, but he wasn’t too keen about it. We started phoning around for an ambulance, but the quotations we received were completely out of our budget. We started feeling quite defeated. It meant so much to us as a family when Johann delivered the news that dad would be able to attend our wedding and that he would be cared for,” said Jaendré.

The day of the wedding

The morning of the wedding, ER24 Southern Cape medics Andrew Botha and Darryl Syster spring cleaned the ER24 ambulance and replaced the standard white sheets with a dark grey to fit with the colour scheme of Jaendré and Nicole’s wedding.

Frikkie was picked up from home, dressed to perfection with a pink rose pinned to his pink shirt. Upon arriving at the church, Andrew and Darryl wheeled him to the front where he would be able to see his last son getting married.

“We transported him from the house to the church, to the venue and back to the house again. We were at his side the whole day. It was an emotional day not just for the guests but for us too. It was a privilege to be able to help,” said Andrew.

“My dad couldn’t stop smiling. At first, I was worried that our wedding might be a bit difficult for him as he wouldn’t be able to dance or sit, but I think everything worked out wonderfully. I think he genuinely appreciated being at the wedding and feeling safe knowing that ER24 was at his side.

“We are thankful to the service providers that helped us organise the wedding fairly quickly. Having my dad at my wedding truly made it the best day of my life, and I am ever thankful to ER24,” said Jaendré. 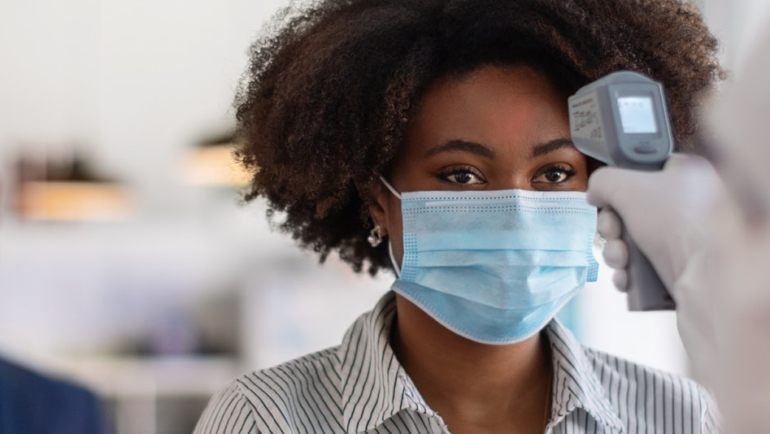