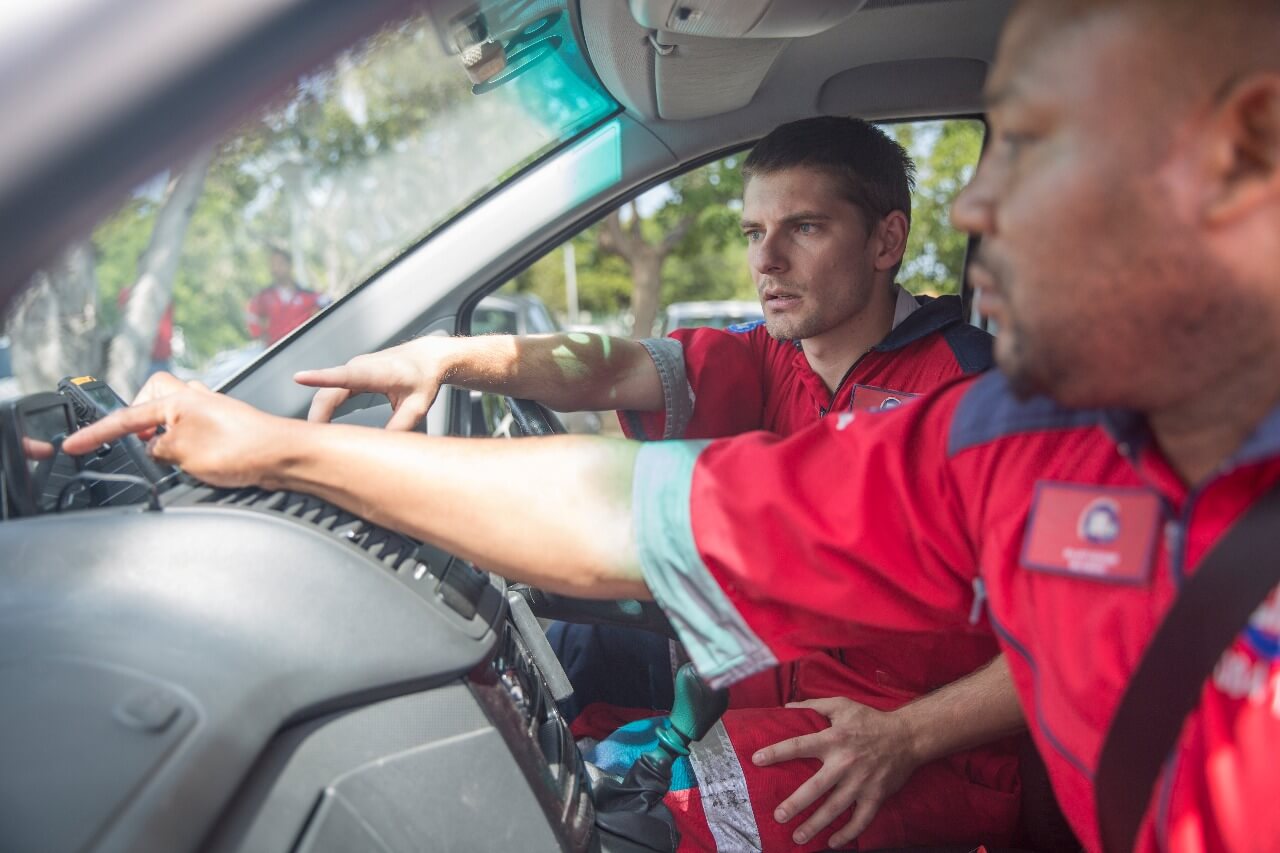 What do paramedics face while working in Red Zones? How do you gain the trust of a patient who fell two floors from a building? Why would you choose to work in the emergency services industry?

These are some of the questions answered in the new ER24 Night Shift Podcast series.

Recently ER24 recorded a real account of events over three nights in different areas of the Western Cape. On one of these nights, ER24 paramedics responded to a patient in Delft, one of the Cape’s Red Zones. This series is a first for private emergency services in South Africa, and through it, ER24 aims to educate members of the public around what protocols and difficulties there are around treating patients in areas like Red Zones. Paramedics have to enter these areas with a police escort, and people living in these areas still experience delays when waiting for medics to respond to their medical emergencies.

This series also takes a closer look at the lives of some of the phenomenal men and women who work within the emergency services industry.

It reveals how they work together as EMS partners and why they are so passionate about saving lives.

What can you expect from the different ER24 Night Shift episodes?

In the first two ER24 Night Shift podcast episodes, you will be introduced to the young Caitlin Mostert who works as a medic at the ER24 West Metro Branch in Cape Town. Caitlin is called to an incident where a patient fell about eight meters from a building in Milnerton. The listener will be in awe of how well Caitlin treats a patient. The trust she manages to establish with the patient in a matter of minutes is a first-hand encounter of how paramedics form a special bond to help their patients through difficult situations.

You will be introduced to partners Heinrich Africa and Davion Poovan from the ER24 Northern Metro Branch in Cape Town. On this particular evening, they are called out to a patient who is experiencing abdominal pain in one of the many Red Zones found in the Western Cape. The night ends up taking an interesting turn…

Liezel Grantham from the ER24 South Metro branch is called out to a patient who sustained a stab wound to the chest. She also talks about what it is like being a mother to a young child and a woman working in the emergency services industry in South Africa.
In the last ER24 Night Shift podcast episode, Bradley Zass and his partner Rizia Khan are called to a cancer care home in Athlone. The home houses elderly women who have been receiving treatment for different forms of cancer.