Nine years ago, Heinrich Africa enrolled at the University of Stellenbosch as a student specialising in BSc Mathematical Science. His dream at the time was to use his degree in the field of Computer Programming to create new software. But today, Africa only finds himself behind a computer when he is not on the road responding to a medical emergency or saving the lives of those who find themselves in life-threatening situations.

At the age of 17, Africa was selected as one of roughly 15 students from Malibu High School in Blue Downs to study towards the dedicated field of Mathematics. This opportunity arose after he performed exceptionally well in higher grade math during his high school years.

“Mathematics was a subject I enjoyed. I did fairly well in academics at school, although I never did any homework,” Heinrich said smiling.

Currently the 27-year-old saves lives in a red flight suit as an Advanced Life Support (ALS) paramedic at the ER24 North Metro branch that is located at Mediclinic Louis Leipoldt in the Western Cape.

It wasn’t his impressive academic skills that paved the road to his ER24 paramedic journey, but a burning desire to work with people from all walks of life.

After completing high school in 2008, his plan was to use a tertiary qualification in a computer environment so that he could eventually create his very own computer or PlayStation games. But Heinrich only studied for a few months when he could no longer avoid the inevitable – he knew that he could not spend his life working behind a computer. As much as he enjoyed the challenge of creating innovative software, he still wanted to help and work with people.

“After deciding that I was not going to continue my studies, I worked at King Pie for about two years and that’s where I gained a lot of interpersonal skills. I always say, once you’ve dealt with a hungry customer, you can pretty much deal with a dying patient. It can be a very similar situation,” Heinrich said while laughing.

Heinrich’s parents are not medical professionals, so when he entered the world of medicine he decided to follow in the footsteps of his aunt who is a nurse. He registered for a Bachelor of Emergency Medical Care at the Cape Peninsula University of Technology (CPUT) after working for King Pie.

His aunt, Melanie Goeiman, is also the Emergency Care Unit Manager at Mediclinic Durbanville and Heinrich says it is her hard work and determination that ultimately led him to seriously consider working in the emergency medical services industry.

“I saw how my aunt saved my uncle’s life. He suffered from asthma and growing up I remember that my aunt always knew what to do to help him,” said Heinrich.

Today Heinrich and his aunt often save lives together when he arrives at the Emergency Care Unit with patients who urgently need medical assistance.

Heinrich is also one of two children who both seem to have a strong relationship with their mother, Wilma Africa. The close-knit family of three live together in Forest Heights in Eerste River and it is evident this is where the three of them spend their mornings and evenings together, supporting one another in their different fields of work and study.

By qualifying as a paramedic, Heinrich has been his younger brother Jason’s motivation for pursuing a medical career. Currently, the 20-year-old Jason is a BHSc Medical Lab Science student at the Cape Peninsula University of Technology (CPUT).

Wilma says that even as a child, she could see that Heinrich had an immense love for people and that this was something that only grew stronger over time.

“When he worked at King Pie in the mall, we thought that he would think of it as some form of punishment for not studying, but he enjoyed it. Everybody in that mall knows him. We can’t go to the mall with him because everyone we walk past will stop and greet him.”

Wilma is proud of Heinrich for qualifying and working hard as an ER24 paramedic because at first, she was concerned that he might not be able to deal with what he was going to be seeing every day.

“I’ll never forget the day he told us he wanted to do something in the medical field. He said he didn’t want to be a doctor. At that moment I thought to myself, what is this child going to do? Then he said, I want to be a paramedic and all I could see was blood,” said Wilma.

Wilma says she knows that being a paramedic is more than just a job for her son because it truly is his passion.

“I worry about him, but I also know that he loves what he is doing. I just stay on my knees and I pray,” said Wilma smiling. 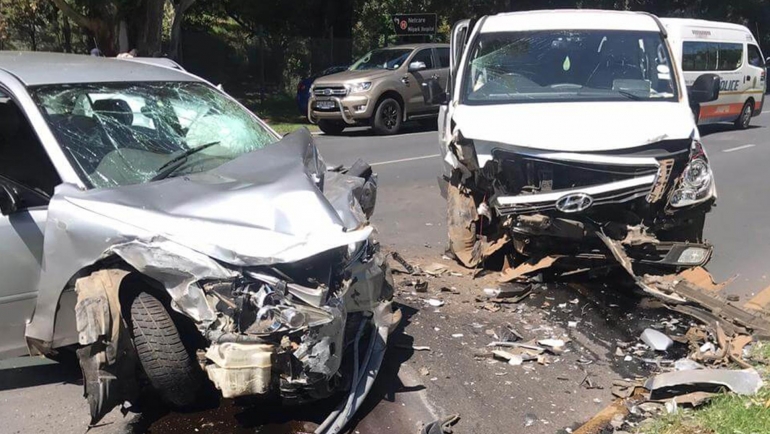