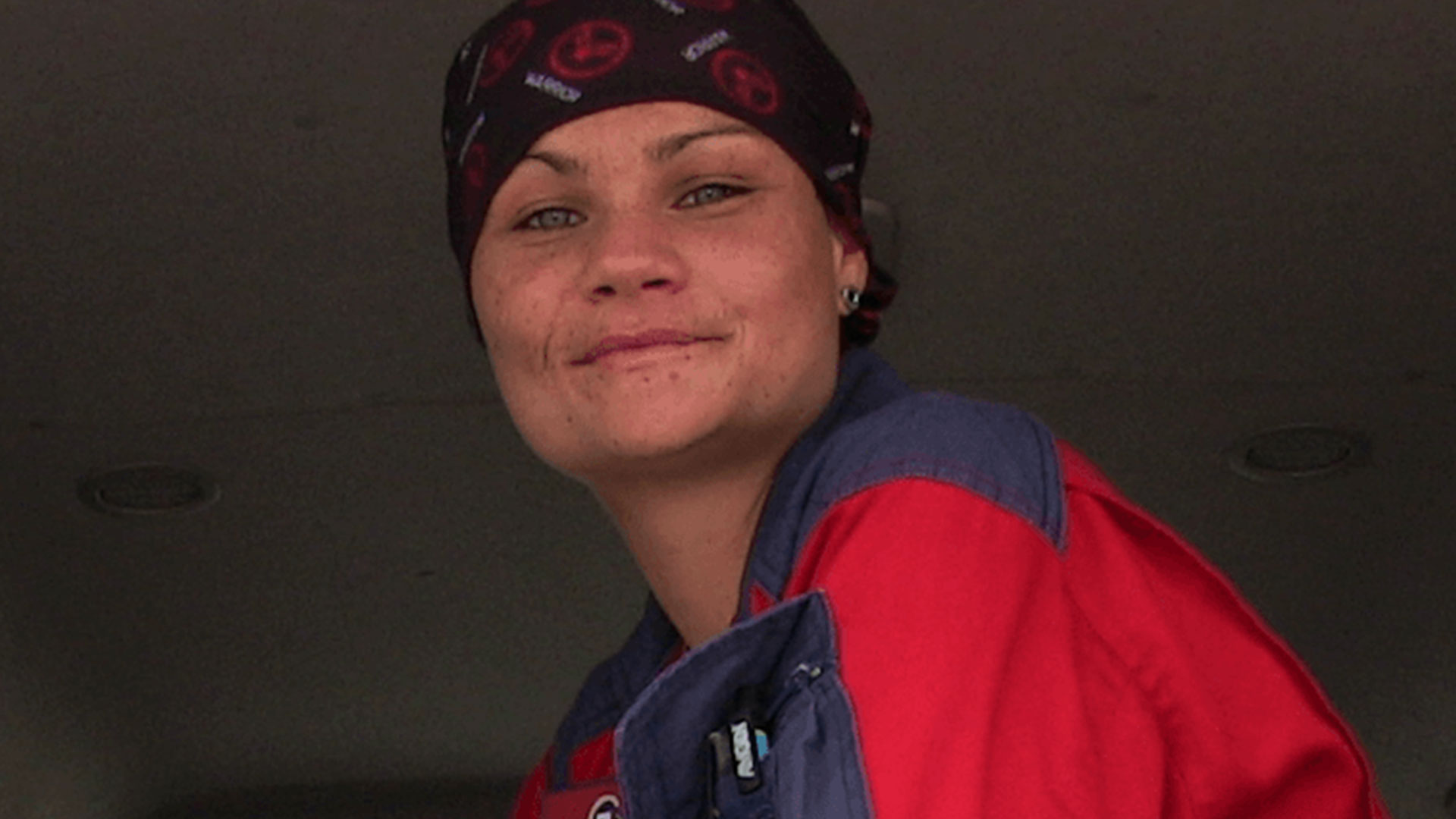 “I did not expect anything like this at my age. I was 29 when I was diagnosed. I wasn’t prepared for it at all, but I suppose you never really are.”

On the 28th of March this year, Lauren de Swardt (30), an Intermediate Life Support (ILS) medic from the ER24 Witbank base, was diagnosed with Pulmonary Langerhans Cell Histiocytosis. This is a rare type of lung cancer for which Lauren has already received 15 chemo sessions.

Lauren, who grew up in Kempton Park, attended to a little girl on scene in February, not realising that she’d also end up in hospital later that night. But it was Lauren’s injury on duty that possibly helped to save her life.

“I was busy treating a little girl in the back of the ambulance when a vehicle drove into us. Afterwards, when I went to hospital, they realised that I had not only fractured a rib, but I also had lesions on my lungs,” said Lauren.

“The chemo has taken quite a toll on my body. I am very nauseous, lethargic and of course my hair started falling out after the first session. I shaved my head right to the very end. I didn’t want to be depressed as I saw these patches,” said Lauren.

Earlier this year, her family and crew members from the Witbank base showed their support by shaving their hair off.

“The support I received has been amazing. Not only from ER24 but from all my colleagues. It was quite an emotional day but it was clear that I was not going through this alone,” said Lauren.

Unfortunately, cancer has played quite a big part in Lauren’s life even before being diagnosed herself. She’s lost her mother and a number of her close family members to this disease.

Despite all of this, Lauren remains unbelievably positive. This she attributes to her friends, colleagues, family and her bucket-list.

“The support I’ve received from all my colleagues has been phenomenal – before and after my diagnosis. I also feel for the colleagues who, unfortunately, from June (she has been booked off from work since then) have had to cover my shifts. I feel terrible about it,” said Lauren.

Although Lauren started a bucket list in 2011, she continued with it this year not because she thought she was going to die but because she really wanted to celebrate her life now.

A bucket list is a number of experiences or achievements that a person hopes to have or accomplish during their lifetime.

Some of the things she’s ticked off hers, with the help of friends, is the annual Greatest Train Race, the Jeep Warrior Race as well as a weekend away with some of her closest friends.

The Greatest Train Race, a race that starts in eMalahleni and ends in Middelburg, proved to be quite an emotional day for Lauren.

“I’ve always wanted to do the race. My friend Estie Biela opted to run the 15km race. Estie completed the first 10km on her own and for the last 5km of the race she pushed me in a wheelchair to the end. I wasn’t allowed to run as this puts strain on my lungs,” said Lauren.

Estie is Lauren’s best friend and an operational paramedic at the ER24 Witbank base. She’s been next to Lauren’s side from the start.

“In the beginning, I felt quite useless and I felt bad that Estie had to help me. We teamed up together and I think it is something that we won’t forget. It was an emotional experience because she was willing to help me. It’s so fulfilling and such a great feeling to know that I have someone in my life willing to do this for me,” said Lauren.

“As a friend, it is my job to cheer her up. It doesn’t matter how I feel, for me it is about helping her to remain positive and happy,” said Estie. “The train race was so much fun. We chatted and laughed during the race. It was also important to show Lauren that she can do this. She has been judged by people all through her life and she never lets it get to her, she faces it head on. She is a big inspiration to us all,” said Estie.

“I believe that God gave me the vision of life through this life-threatening illness.  I really wish that people could see life the way I have – just without the sickness,” said Lauren.

Some of the other things on Lauren’s list includes visiting Cape Town for the first time, skydiving and playing paintball.

Karlien Nell, one of Lauren’s colleagues, speaks warmheartedly of their friendship but also of Lauren as a medic.

“She is a great medic and we miss her terribly here at the base. She encouraged me to further my studies and there is not a day that passes that you don’t learn from her. It’s been quite hectic without her, I’ve actually been one of the unfortunate souls who have been covering her shifts,” laughs Karlien. “But although it is tough and draining we know if the roles were reversed she would have done the same for us.”

The start of 2017 might not have been the best year for Lauren, but with only one more chemo session to go she is adamant that she will be back at work sooner than later.

“Even if you are diagnosed with a life-threatening illness, it shouldn’t be a life sentence. Your mind and your faith is so important – I believe that it doesn’t matter how bad things get, you can still get up. That’s what I did.” 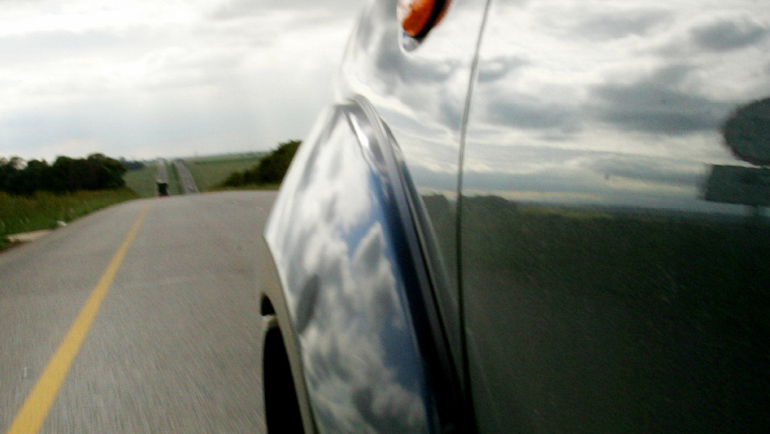 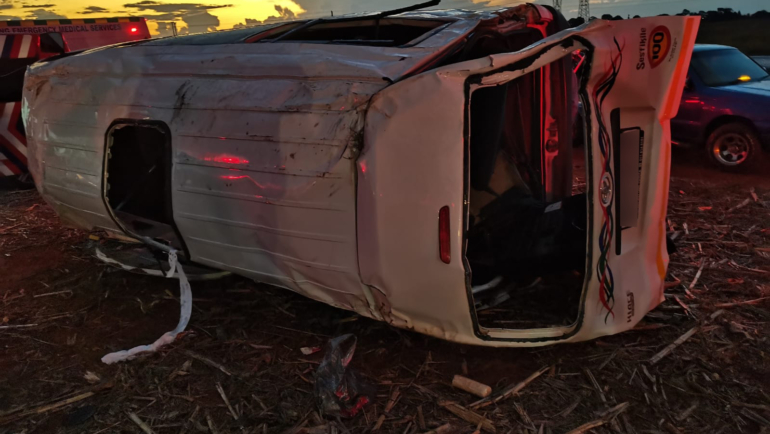