ER24 paramedics were on the scene at around 16:30 along with the Fire Department, GPG and other private medical services. Three passengers were found to be entrapped and critically injured. They were extracted by the Fire Department and treated and transported to hospital by GPG. ER24 treated one seriously injured patient with Advanced Life Support interventions before transporting them to hospital for further care.

The remaining eight patients were treated for minor to moderate injuries and transported by both GPG and the other private services on the scene.

All relevant law enforcement were on-scene for investigations. 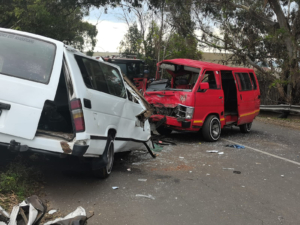 [POTCHEFSTROOM] Young girl killed after being struck by vehicle